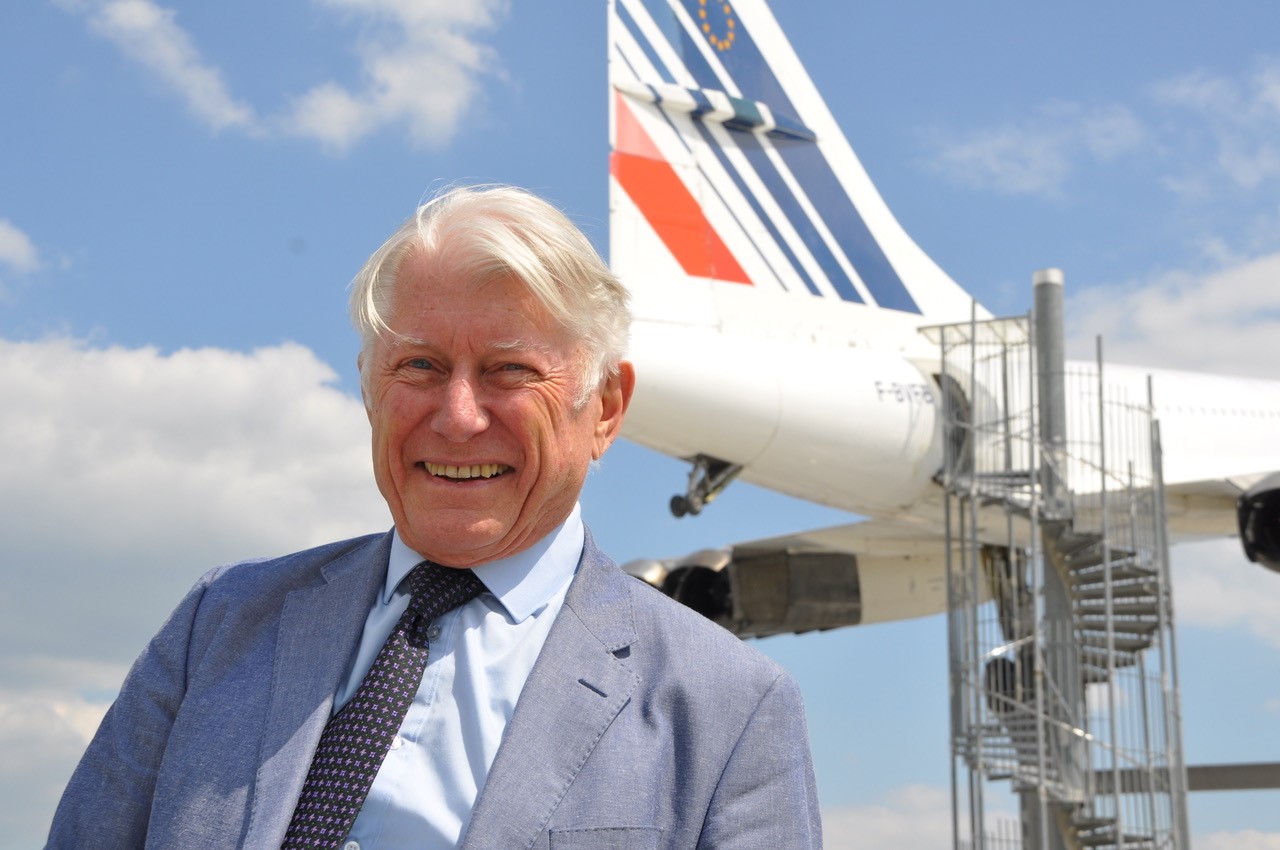 A market for Concorde was never there according to former pilot Jean-Louis Chatelain, who spent 400 hours on the supersonic jet.

July 25, is the 22nd anniversary of the crash of Air France Concorde flight 4590. The accident in 2000 spelled the premature end of the world’s first and so far only supersonic airliner, which saw its final flight in 2003.

Captain Jean-Louis Chatelain, born in 1946, has been an Air France pilot for his whole career, starting on the Boeing 707 in 1970. From 2001 to 2003, he has been sitting in Concorde’s left seat and operated 92 single supersonic crossings of the North Atlantic within 18 months until the aircraft’s retirement.

In total, he has flown about 400 hours on Concorde, of it 260 supersonic. After the accident, he was part of the investigation committee for over a year.

I interviewed Jean-Louis Chatelain at Sinsheim, Germany, where the Auto & Technik Museum is the only place in the world displaying both Concorde and its Soviet counterpart Tupolev Tu-144.

Airline Ratings: What were the biggest achievements of Concorde?

Chatelain: The achievements of Concorde in hindsight were better than expected. It was a total challenge at the beginning, but the designers achieved their technical objectives and it worked perfectly for 25 years with advanced technology like fly-by-wire and carbon brakes. It was the first cross-border project ever. It was an international adventure for the French and the British, and we learned a lot from that. It was the start of Airbus and wider international projects in general. For everybody, having this Concorde experience was really an advantage. Concorde taught the French how to run and manage an international project. Airbus would not be Airbus today without Concorde. It was such an advanced aircraft, Airbus just had to make an extrapolation of Concorde for its aircraft. Of course, the fly by wire systems in Airbus aircraft was not based on analog computers, but on digital ones.

AR: Was there ever a realistic chance for supersonic travel to become a major market?

Chatelain: Concorde was not based on a business plan. The decision was taken at the French government level to run it as an advanced project – as was the decision for nuclear submarines and the establishment of the space centre in French Guyana. Speed has a cost on trip fuel figures. So if you take the marketing approach, it was due to fail. And it was intended to fly supersonic over land, which was not allowed then because of the sonic boom. In the end, the Americans took the logical decision to pull out of their ambitious SST program, while the British and the French kept their big project. But if you look at the figures, they show the market was not there, it was never there. During my time, we only had about 30 to 40 passengers on every Concorde flight.

AR: In the late 1990s there were plans to extend the life of Concorde until the second decade of the new millennium. Why, and was that realistic?

Chatelain: I do confirm that it was the plan to extend the life of the aircraft from the airworthiness point of view, and before the crash, there were already negotiations to extend the life of Concorde until 2017. You cannot measure the image benefit of flying Concorde, both for Air France and British Airways, but there was a real benefit in that respect. We had people flying Concorde that were also frequent fliers in subsonic First Class because they flew Concorde from Europe to the US. It brought additional revenue in this way. And because of the image the aircraft was carrying, it was adding to the value of the brand of the two operators. From that point of view, it was not unthinkable to extend the life of the aircraft.

AR: Can you sum up the sequence of events that led to the accident?

Chatelain: I was a member of the accident investigation and it took one year of my life. The scenario was a sequence of events like in most aircraft accidents. The triggering event has no proportion in relation to its consequences. Here it was a 200-gram piece of metal that made a clear cut into the tire at high speed. That provoked a tire burst, with a huge piece of tire impacting the wing, and then you had this shock wave developing in the tank, and the tank ripping open from the inside to the outside. Causing a massive fuel leak and a blaze of fire, leading to the loss of power in two engines, which no aircraft is certified to withstand. We were really able to objectively reconstruct the sequence of events. Witness accounts that there was a fire before the tank burst were honest but wrong, we all know how human witnesses can err. The fact all this happened in that way was incredible and very random. They tried to reproduce the cutting of the tire in the investigation. They found that, depending on the angle of attack of the tire on this little metal piece, it would cut or not. Once two engines had failed, it was impossible to recover the aircraft because of the characteristics of Concorde’s delta wings. The drag is so tremendous at low speed that you need extra power to get above the critical speed. If you don’t have that power, coming from the engines running with lit afterburners at take-off, you are lost as you lose speed. That was the situation they were in.

AR: Did the modifications after the accident improve Concorde’s safety?

Chatelain: Definitely. The new radial tires were amazing. We had two incidents after the introduction of the radial tires, one at each airline. In both cases, the tires ran over metal parts, in the case of British Airways it was parts of an oxygen bottle, for whatever reason. The aircraft was able to take off and land, with tremendous stress on the tires, while the piece of metal was still embedded in the tire. That tells a lot of the improvement of the new tires and its technology brought about. For the new Kevlar lining of the tank interior, there is no proof of its effect, but I assume it was an improvement. All the highly publicized incidents after the crash were nothing extraordinary, just that it got so much more attention then.

AR: What can you say about the end of Concorde?

Chatelain: The decision to end Concorde’s active life was taken not by the aviation authorities or even Airbus, which had inherited the role of manufacturer from Aérospatiale, but on government level in both France and the UK, at the ministries of transportation. And of course, Airbus had other priorities with its upcoming A380 at the time than taking the assets of Aérospatiale and invest in the airworthiness of Concorde, for sure. But the ones who had to push through the decision were the airworthiness authorities. First they suspended the type certificate for some 15 months, then they stated they wouldn’t issue a follow-up airworthiness certificate. This killed operations for both the British and the French. My understanding was that the airworthiness follow-up would have to be done much more on the French than on the British side.

AR: Do you think it would be good to have a supersonic airliner again in the future?

Chatelain: I don’t think so. We have every other opportunity to work on advanced technology. I think we have passed a landmark in aviation, we have exited the pioneering age, where we could claim progress in safety, speed, etc. every year. It became an industry for the benefit of most people. I think there is no cause for taking people at Mach 2 again. Nowadays, what would justify crossing the Atlantic in three hours instead of eight hours, for the cost of a huge impact to the planet? At the same time, we have every kind of technological means to communicate or to perform surgery even from remote places. The big human enterprises are based on a just cause. And I don’t think there is any just cause anymore for supersonic flights. Before, we were in a phase of achieving more progress every year, and speed was seen as progress at the time. When Concorde started service in 1976, I was based as a young Boeing 707 pilot in Lima, Peru, and I didn’t have communication with my family for three months. Understandably, not only speed was seen as progress at the time, but the achievement of taking a flight from one side of the Atlantic to the other in a very short time could be an acceptable cause for coming up with supersonic travel. But nowadays, we just lack a justifiable cause.