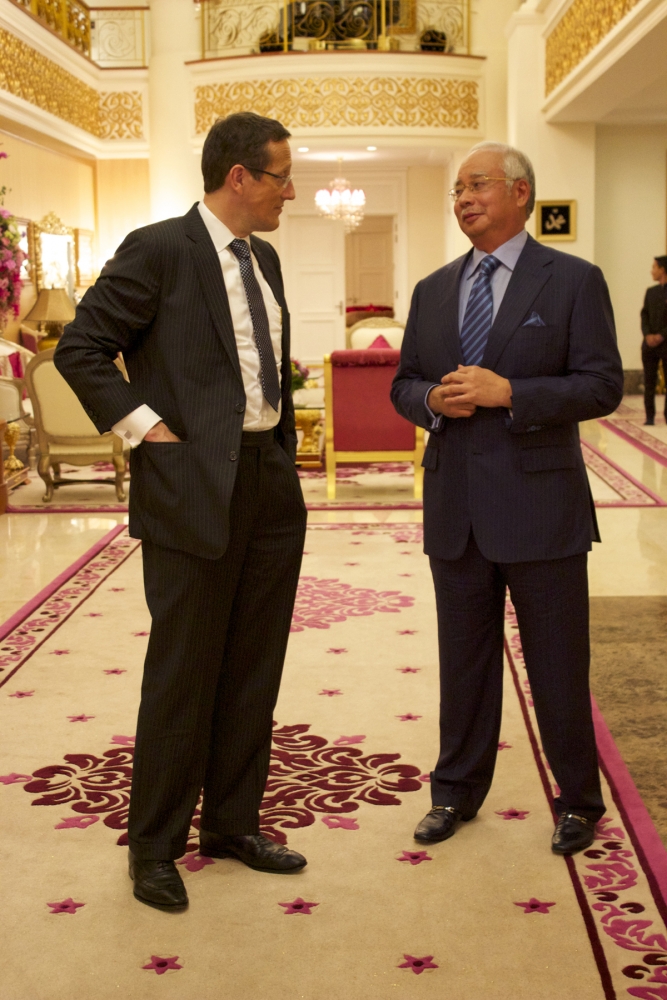 The Malaysian government will release the preliminary report into the disappearance of MH370 which vanished with 239 passengers and crew over 48 days ago.
In an exclusive interview with CNN’s Richard Quest, Malaysia’s Prime Minister Najib Razak said that the government would release the much anticipated preliminary report “next week.”
And for the first time the Malaysians have officially confirmed that MH370 was tracked by military radar when it turned back and crossed Malaysia.
“The military radar, the primary radar has some capability. It tracked an aircraft which did a turn back, but they were not sure, exactly sure, whether it was MH370. What they were sure of was that the aircraft was not deemed to be hostile,” said Najib.
On the critical Inmarsat satellite tracking data on which the current search is based Najib said initially he did not believe it.
“To be honest I found it hard to believe to begin with.”
“It’s a bizarre scenario, which none of us could have contemplated so that’s why when I met the team….[of] foremost experts in aviation industry…I asked them again and again are you sure?”
“And there answer to me was we are as sure as we can possibly be,” Najib told Mr Quest.
CNN’s Mr Quest then asked Najib if he was prepared to say the plane and its passengers were lost.
“On the balance of the evidence, it would be hard to imagine otherwise, Richard,” said Najib.
Mr Quest also pressed the Malaysian Prime Minister on the handling of the crisis.
While noting that the disappearance is unprecedented and technically challenging Najib conceded that “we didn’t get our communications right, to begin with.”
“I’m prepared to say that there are things that we did well, there are things that we didn’t do too well.”
Asked about long lasting damage to Malaysia as a country the Malaysian Prime Minister said that “given time we can recover.”
“I believe the world will look at us and judge us in a sense that it was hugely complex matter to deal with and I think on balance we did a lot of good things and one of the biggest things we did was to put together 26 nations in the largest ever search operation conducted during peace time and that’s a huge success for Malaysia.”
“Admittedly, we made some mistakes. There were shortcomings but the world must realize that this is totally unprecedented,” said Najib.
To leave tributes click here