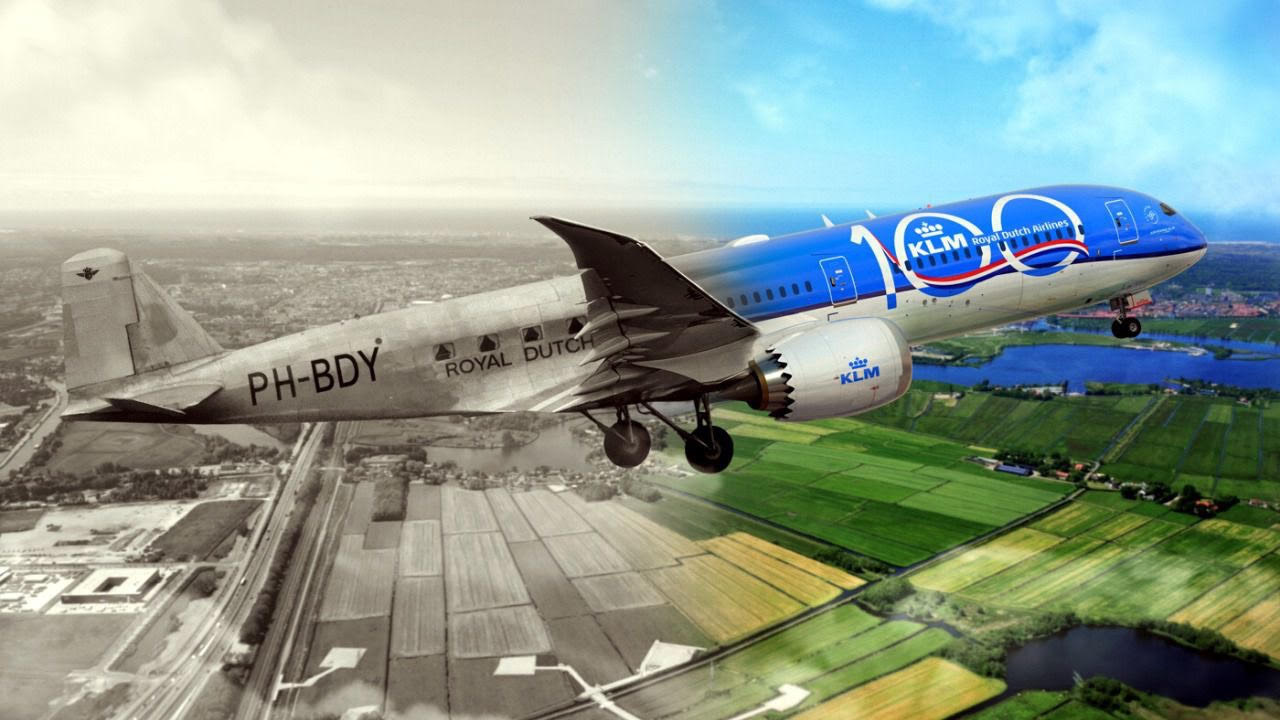 AirlineRatings: What was the environment enabling KLM to become, at 100 years, the oldest airline in the world always flying under the same name?

Pieter Elbers: The Netherlands is a small country, so we always need to explore the world and look outside our own boundaries, that’s very deeply rooted in the Dutch culture. People like to work together with other cultures, so there is a very strong sentiment of connecting with others. There are three basic reasons KLM still thrives: Great staff that keeps pioneering, innovating and delivers good service. A very loyal customer base, and also the fact that the connection between staff and customers is great. There is so much pride in the company, so much energy. We are Holland’s second-largest private employer with over 35,000 employees, after food retailer Ahold Delhaize. It has been a saying at KLM for a long time that many of us have a “blue heart” or “blue blood”.

READ: Qantas plans to keep A380s flying for another decade.

AirlineRatings: One hundred years is a long time, what stands out in KLM’s history in your opinion?

Elbers: How we built our network and partnerships is really unique, we were the first ones to put on certain long-haul flights with three or four stops, we also were pioneers in exploiting the Open Skies agreement signed in 1992 between the Netherlands and the US. KLM was the first European airline to enter a joint venture with an American carrier, in our case Northwest Airlines. What stands out in the history of KLM is that we grab opportunities and we turn them into competitive advantages. It is what we should do, we would never be the biggest or richest, so we should use opportunities.

AirlineRatings: How do you exploit your anniversary for KLM’s brand building?

Elbers: “KLM 100” is a great way for internal mobilization and it really fuels the pride and enthusiasm of the people working for KLM. In March this year, we already celebrated 100 years of aviation in the Netherlands, as aircraft manufacturer Fokker, KLM and the Dutch NLR aviation institute were all founded in the same year, 1919. A brand is all about emotion and aviation is all about emotion, becoming 100 is really emphasizing our brand identity. We are proud of our history but at the same time pragmatic, business-oriented and looking forward. Since I took the CEO post in 2014 I had a mission to make KLM a healthy and fit company again and it was my objective that when KLM becomes 100, it will be striving again. We have embarked on a very ambitious investment agenda a few years ago, we have moved from about €400m annual investments to €1.3bn every year, and it’s good to show to our staff what we are investing in, why we ask for sacrifices in productivity and labor, that’s where I put in some emphasis, to show to our customers and staff what we do.

AirlineRatings: Your objective is “customer focus”, but isn’t that a no-brainer, wasn’t that the case before?

Elbers: After the financial crisis in 2008 there had been a lot of emphasis on cost reduction and being more efficient. In all that cost focus, rightfully so at the time, we made some decisions which were not helping our customer experience. Not all our aircraft had flatbeds, now they all do.

AirlineRatings: Besides all the celebrations you are still involved in an internal struggle with the CEO of Air France-KLM, Ben Smith. Should you be engaging more in politics as is usual in France?

Elbers: Politics is for the politicians and I am running KLM. My focus is on the work and on the business and maybe less on politics. Of course, a company like AF/KL has its share of politics as well so I need to engage with that naturally, but I am not spending too much time on the politics part. I do my best here, I think that we are demonstrating that we do the right thing and deliver results, we take it from there.

AirlineRatings: But then the Dutch government got involved as it purchased 14 percent of the shares of Air France-KLM overnight in February, also to support you keeping your job. Why this paradigm change as the Dutch normally support free markets?

Elbers: Liberty and free markets don’t rule out government involvement. The Dutch government took the decision with the importance of Amsterdam Schiphol airport for the Dutch economy and its impact on the Dutch GDP in mind. KLM alone is a company with a turnover of €11bn and the total impact of aviation on the Dutch economy is in the range of €35bn to €40bn of spin-off effects, so the impact is enormous. With this philosophy, the government has decided to purchase these shares, after indeed a rather turbulent journey. And the point in time they did that was not chosen by accident.

AirlineRatings: Do the internal problems of Air France-KLM mirror the current problems of the wider European Union?

AirlineRatings: Do you think your recently launched “Fly Responsibly” campaign will enhance the currently often negative image of flying?

Elbers: The current image of aviation is a bit dualistic and almost contradictory if you wish. On one hand, 2018 was a record year here in the Netherlands of people boarding an aircraft, people want to fly and do still fly. And yet there is quite a lot of attention on the environmental side. It’s almost a contradiction – everyone wants to fly, but the acceptance of flying in society is declining.

AirlineRatings: What is your core goal with this campaign?

Elbers: We would like people to be considerate about flying, so if you fly, choose airlines that have a focus on sustainability. And think about CO2 offsetting programs, a lot of companies have approached us after the campaign started, wanting to work with us. We have already seen a gradual increase in CO2 compensation by passengers and also airlines not having a program wanting to work with us. I have seen statements of Lufthansa’s CEO Carsten Spohr and also IAG, which are similar to what we are doing. We got a lot of positive reactions. Sustainability is, like safety, not something to compete on. It is something to join hands and join forces, the more initiatives are taken the better, I welcome the initiatives by Lufthansa and IAG. If we find a better way to have biofuels or synthetic fuels, which have a lower CO2 footprint, I am happy to go that way.

AirlineRatings: But don’t you have a credibility problem, as critics pointed out, with your five daily ultra-short flights between Amsterdam and Brussels?

Elbers: This is almost a cynical reaction. The way how to optimize slots is a business trade-off, we do that anyway, we don’t need to have this campaign to do that. If the train connections were better I would stop flying to Brussels tomorrow. We work with the governments and the train operators to see that the number of stops is being reduced, that’s what it’s all about. We are flying to Brussels for our connecting passengers, and if there is any way to replace that by trains like Air France is running trains from Paris to Brussels, we would do exactly the same. It needs to be operated like a real connection, in terms of baggage handling and tickets.

AirlineRatings: Where do you see KLM in ten years from now?

Elbers: In ten years we will have made the next steps in our fleet renewal program and the next steps in the digitalization of our customer experience, using more AI for more personalized services. The combination of using technology to deliver better service and still have great human interaction is very important I think. The way how staff here helps customers, that will remain ten years from now.