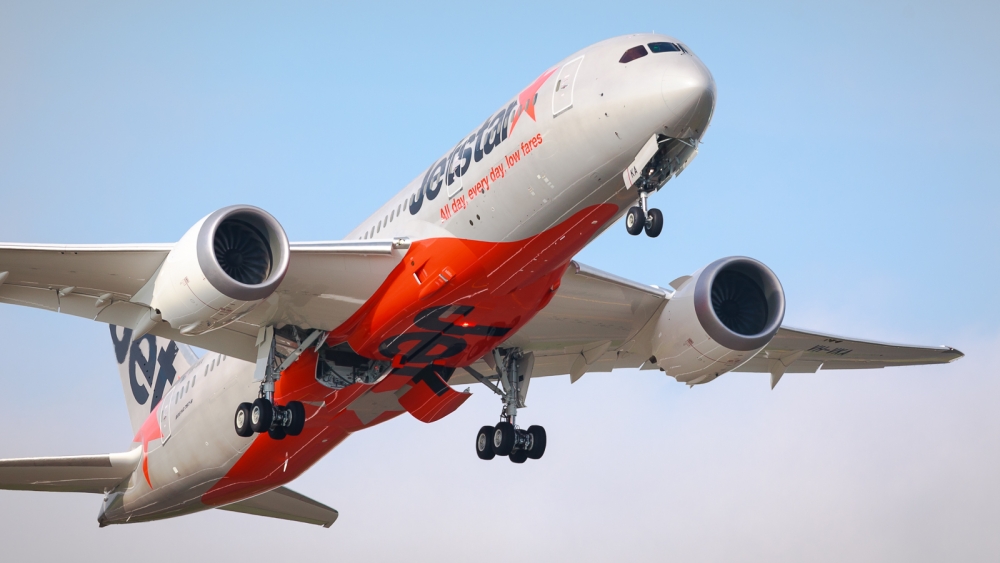 The union representing Jetstar pilots is warning of potential disruptions over the busy Christmas period because of a dispute over pay and conditions.

The Australian Federation of Air Pilots (AFAP) has applied to the Fair Work Commission to hold a ballot of members over stalled negotiations for a new enterprise agreement.

It regards this as the first step towards protected industrial action which could affect peak Christmas travel.

Members will be asked to endorse 24-hour work stoppages and work-to-rule bans.

The pilots are upset they are the lowest-paid jet flight crews employed by Australia’s four airlines and AFAP executive director Simon Lutton said they were tired of not being valued as highly as their peers at other carriers.

“Jetstar pilots are paid significantly less than their counterparts at Tigerair, Virgin and Qantas,” Lutton said.

The union said there were concerns about fatiguing rostering practices at the airline which have remain unaddressed in the negotiations.

“The Jetstar pilots are disappointed to have to take this step but, as negotiating with the company in good faith has got them nowhere, they have been left with no choice,” Lutton said.

A Jetstar spokesman described the decision to apply for the ballot as disappointing and said there had been “constructive discussions” about the new enterprise agreement since January.

“There are many complex areas to discuss and working through the AFAP’s numerous claims and their many modifications take time,” he said.

“We remain committed to reaching an agreement for a new EBA to support the great work our people do every day, but not at any cost.”

The airline has estimated that AFAP demands would drive up pilot costs by 15 percent, well above the 3 percent it is offering.