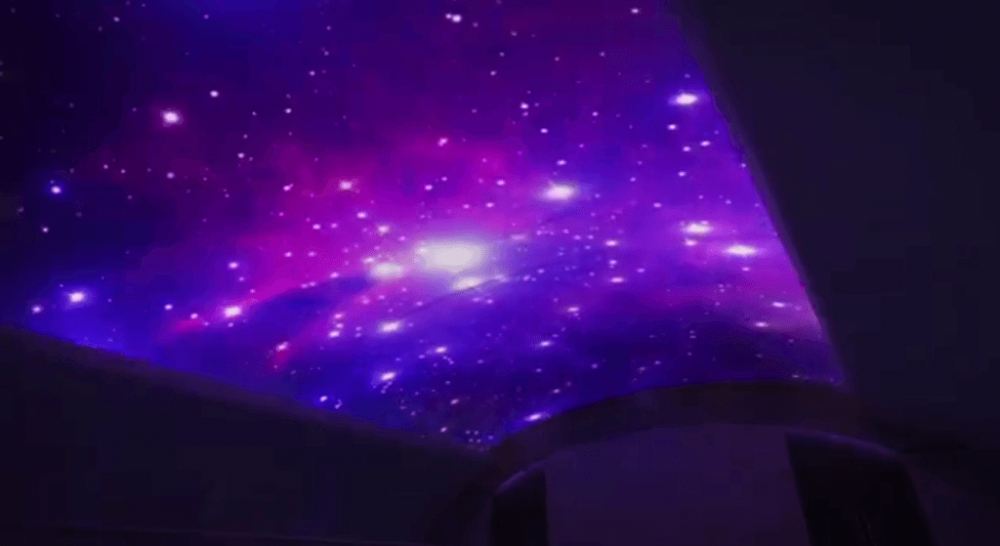 Boeing one of the industry’s leaders in LED mood lighting for aircraft interiors is set to take the art to another level.

Now in its sights are light projections onto ceiling, walls and bulkheads.

A Boeing spokesperson told Runway Girl Network that “the ceiling projections might be scenes from nature, chosen to enhance mood or for their calming effect, so a sky with stars and constellations at night, or sunny blue skies during the day.

“Passenger information could be projected onto walls and bulkheads, while airlines might display information about a destination to inspire passengers for their onward journey,” the spokesman said.

Motivation for the project has come from Boeing’s airline customers and their passengers says RGN. “Customers tell us they want to add the ‘wow’ factor to future cabins, as well as distinguishing their cabins from airlines flying the same airplane model. Passengers tell us that cabins feel more open and less constricted with these types of options installed,” says Boeing.

“We’re working with suppliers, testing the latest in projection technology to support these concepts. They’re being tested in physical mock-ups to determine the optimal position for projection and to lessen interference by passengers or crew.

Boeing’s has had tremendous success with mood lighting on its 787 and Boeing 737 Sky Interior which transforms the cabin visually into a “much wider” space.