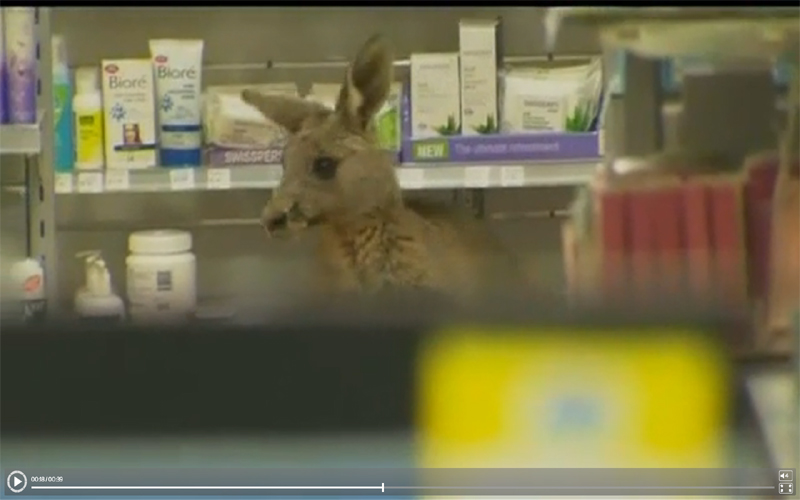 Passengers at Australia’s Melbourne got a real shock when an injured kangaroo hopped into the terminal and then interestingly into a pharmacy.

Australian Federal police and wildlife experts were called in to deal with the kangaroo and Wildlife Australia’s Ella Roundtree and Geoffrey Fuller tranquilized the terrified animal.

The kangaroo is thought to have been hit by a car outside the terminal.

Ella Rountree, a volunteer wildlife officer with animal charity Wildlife Victoria told Sky News: “He has got injuries to his feet at the moment his claws are quite worn, from hopping down the road.”

Australian comedian Julia Morris broke the news on Twitter, where photographs began circulating of the marsupial in the skincare aisle of the terminal’s pharmacy.

“Ok, so I’m at Melbourne airport and a KANGAROO has just jumped into the chemist,” she tweeted.

The Kangaroo is the symbol of Australia’s national airline.

Melbourne Airport is located in countryside frequented by many kangaroos and while heavily fenced the terminals are accessible.

There have been several incidents with Kangaroos over the past two years, typically at the airport’s car parks.