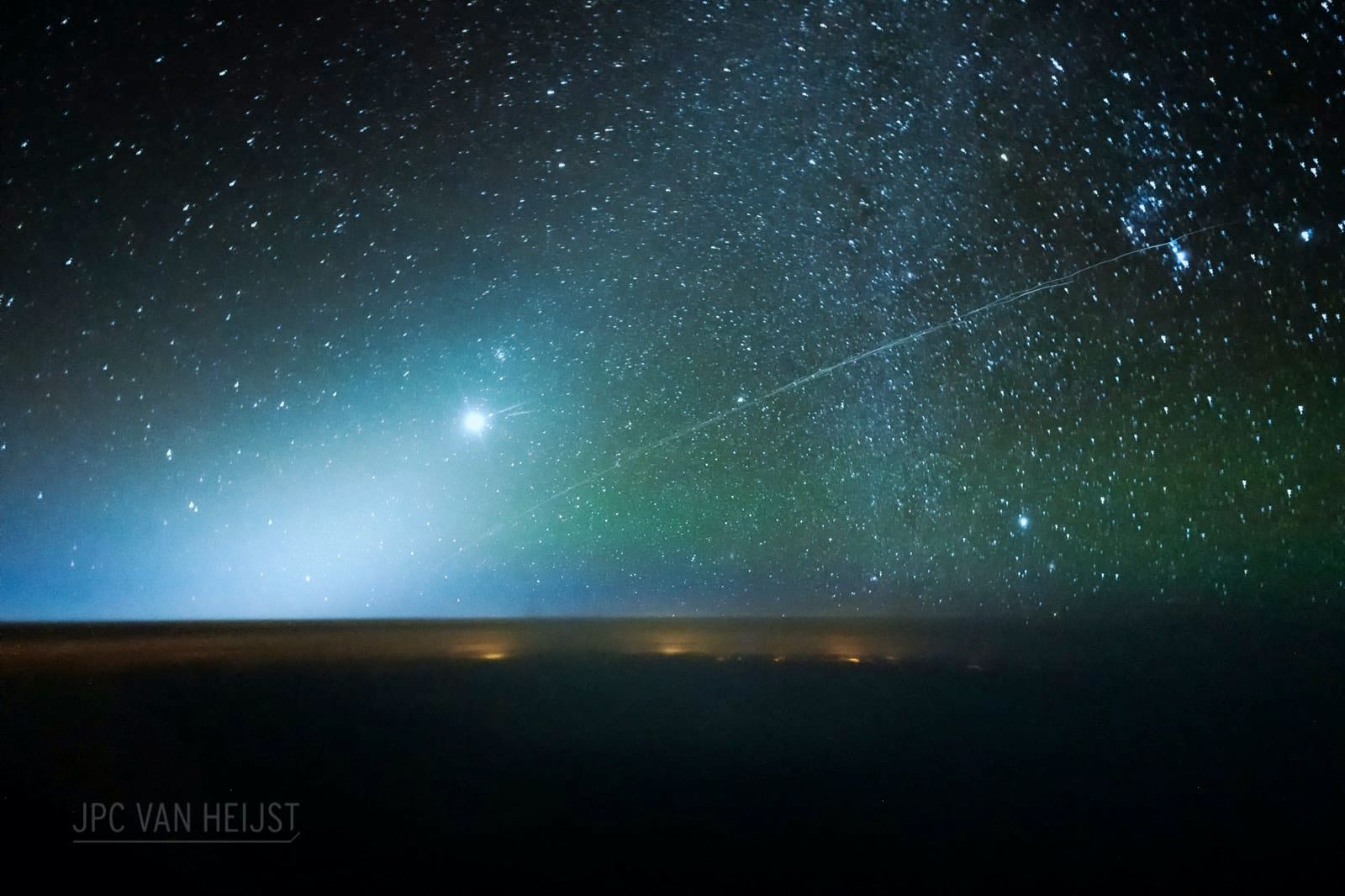 “Moonless night with just the stars and the planets to keep me company ” they are the words from 747 pilot Christiaan van Heijst as he crosses the Atlantic with vital cargo.

Two consecutive nights crossing the Atlantic, gazing at a canopy of an unbelievable starfield above my head.
The first night heading west, facing the setting core of our Milky Way galaxy and counting nearly twenty shooting stars in all sorts of variations with a pitch-black ocean below. Not one single other pilot on the radio between Brussels Control and New York Approach, I felt like a sole witness to an entire universe.
READ: Is the US Congressional report into the 737 MAX flawed?
Last night heading east and strangely enough not one single shooting star, no matter how many hours I was gazing at the sky beyond. A familiar firmament, decorated with the constellations, stars and various planets in various stages of luminosity.
Suddenly, passing 20 West and the dim glow of some Irish towns showing up at the horizon, I spot a train of lights passing in formation through Orion’s belt. SpaceX’s starlink, no doubt.

A convoy of tiny communication satellites that will slowly start to disperse and form a network that will hopefully provide worldwide internet access. Fascinating to see dozens of those stubborn lights move silently among the stars above.
To top it off, the Zodiacal Light is glowing on the left: sunlight reflected from the dust particles in outer space between Earth’s and Mars’ orbit. Planet Venus joining the party as well just ahead.
Capturing this shot with so little light is a challenge, but I give it a try anyway. I positioned my Nikon Z7 firmly on the glare shield, using the Z 14-30mm f/4 and pushed the camera to its very limits.
Settings: 30-second exposure, f/4.0, 14mm, ISO 25600.
The result is not 100% sharp due to some mild airplane movement, but it certainly gives an impression of the capabilities of the mirrorless Nikon Z7.