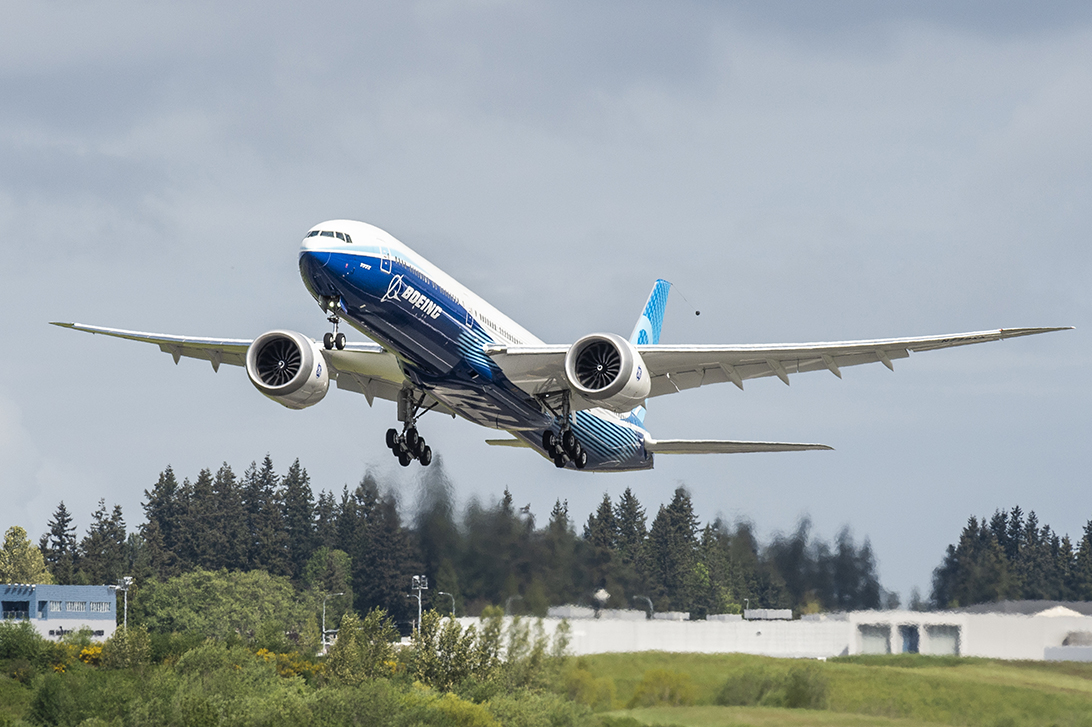 Boeing is set to launch a freighter version of its new 777X at next month’s Dubai Air Show with Qatar Airways likely to be the lunch customer.

According to a Bloomberg report, Boeing is also talking with FedEx, Deutsche Lufthansa AG, Singapore Airlines, and DHL.

Qatar Airways chief executive, Akbar Al Baker, noted at the IATA AGM earlier this month that his airline has a “requirement for 50 aircraft and will make a decision soon.”

Qatar Airways is the second-largest customer for the 777X passenger aircraft with 60 orders and is likely to convert some to the freighter model.

Bloomberg reports that insiders say that the 777X freighter, will be sized between its two planned passenger versions.

Boeing has a 90 percent market share in the cargo market but now faces potentially intense competition from Airbus with its new A350 freighter which will be delivered in 2025.