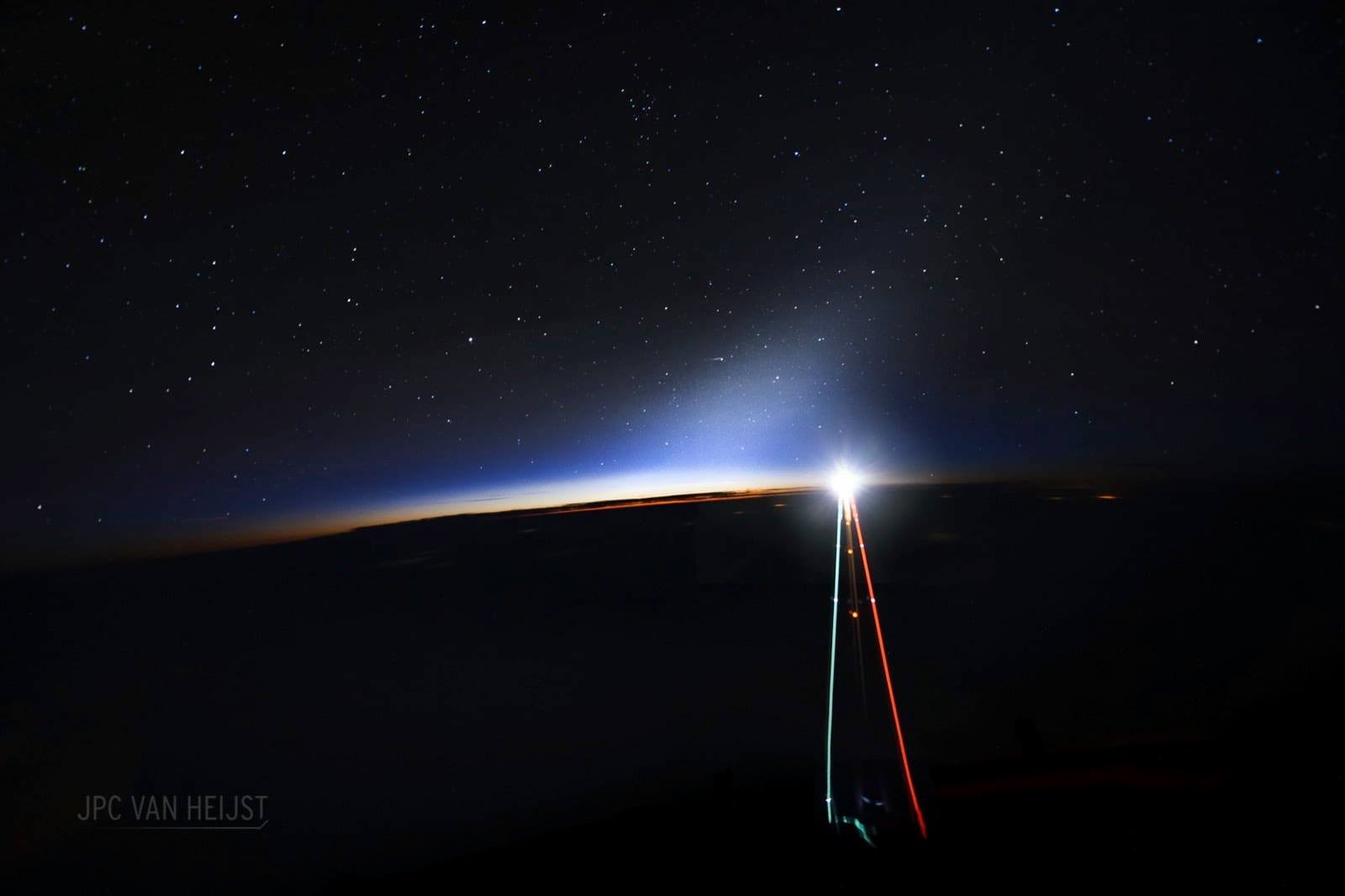 Boeing 747 captain Christiaan van Heijst has captured this incredible photo of a KLM 777 passing below his freighter over the Gobi Desert in Mongolia.
Christiaan takes up the story;
“A long night towards the Orient, crossing the vast and frozen wastelands of Siberia and the Mongolian Gobi Desert in bitter cold blackness. The darkest night of the month, void and forsaken of lunar luminescence, showing only the lights of a handful of settlements far and in between.
“The night is quiet and the lackluster scenery below is more than compensated by a view of eternity above. Stars, meteors, satellites, and planets, at least for the privileged and attuned trespasser who knows how to spot or appreciate them.
“And even among those handful of aeronautical invaders, a mere percentage look out of their entitled windows oblivious of the significance laid out beyond.
“My colleague of the night (co-pilot) shares roughly the same sense of nocturnal sensitivity and soon we both relish the spell of the night, discussing the state of the world under a fresh cup of coffee.
READ: Sensational new finding for MH370 flightpath
READ: Aussie whizz Hapgood to lead digital production of Boeing’s next aircraft.
“Appreciating this introspective state requires a tranquility of the mind that turns some, though not all, attuned pilots to true beings of the sky.
“Regardless of the aeroplane we fly and independent of its level of automation and fancy displays, we occupy the cockpit: a mere tool for our human bodies to exist up here at all.
“Faint Zodiacal Light lingers over the horizon; sunlight reflected from Martian dust in interplanetary space.
“Other Dutch voices over the Mongolian radio frequencies, greeting us in our native language as they flash their powerful landing lights back at us. Hello goodbye, flying Dutchmen.
“We’re nomads in the sky, children of the stars. Let there be light.”
EDITOR NOTE: Christiaan’s photo -below- is a time exposure that captures the oncoming 777-300ERs landing lights flashing as well as the wingtip navigation lights.