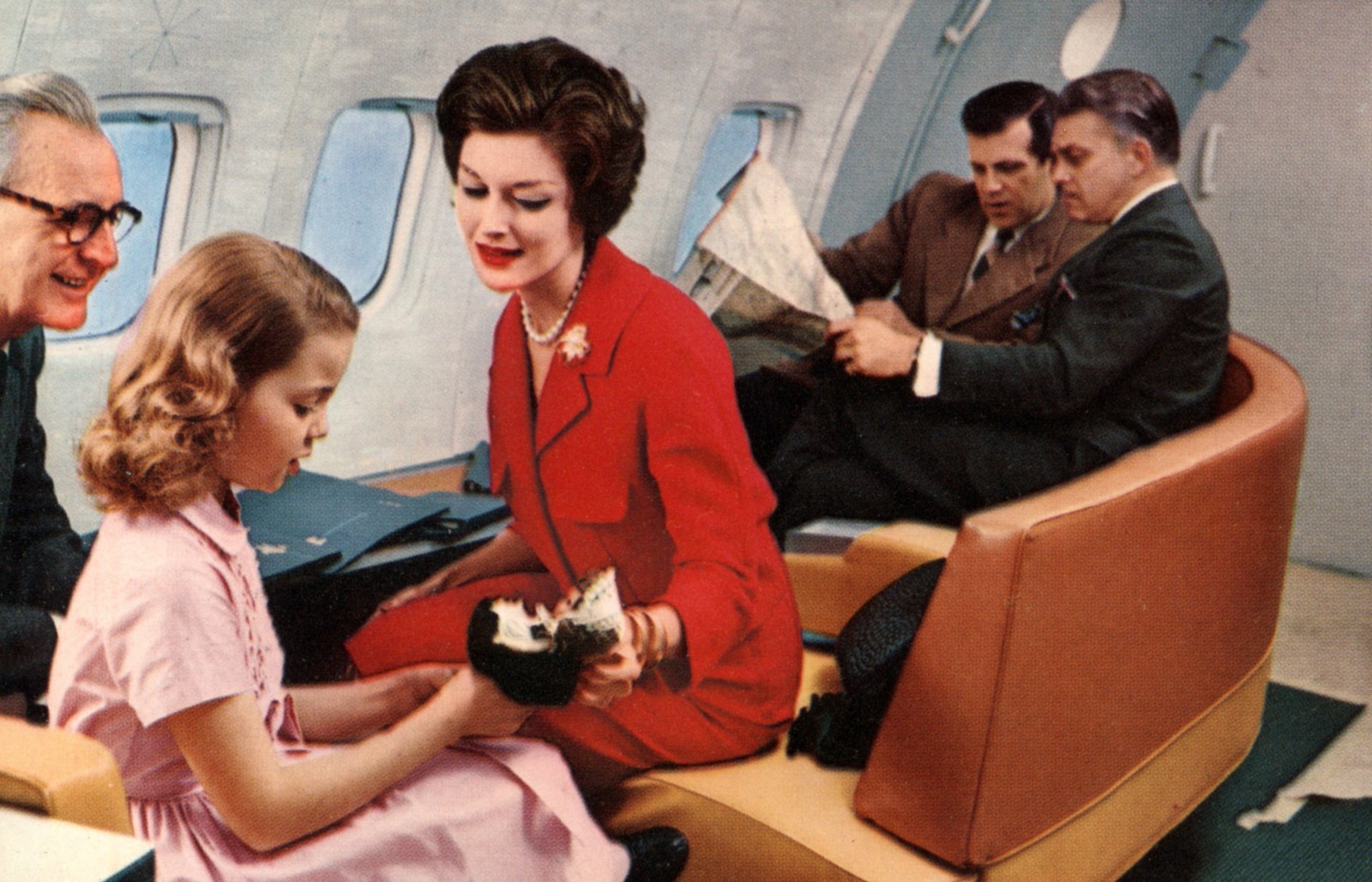 How we flew in the jet-set era of the 1960s with dominos and fine wines.

There was plenty of room but not much in-flight entertainment so it was a good book, chess, cards, or dominos to keep us amused.

And meals were a grand affair even in economy!

Here are a few Airlineratings.com archive images from flying in the 1960s the jet-set era.

According to grammarist.com, the expression jet set was coined by Igor Cassini, a society page writer for the New York Journal-American who published under the pen name, Cholly Knickerbocker.