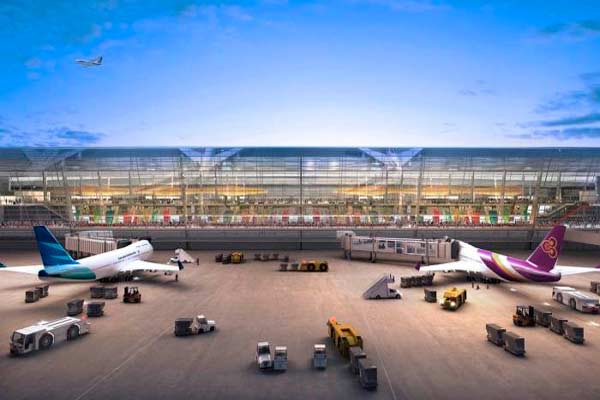 All Garuda Indonesia international services will operate from the new Terminal 3 at Jakarta’s Soekarno-Hatta International  Airport from May 1.

Garuda will transfer 30 daily overseas flights to the new facility and will be the only carrier operating international flights from the 25-million passenger terminal for now. Other international carriers will continue to operate from Terminal 2.

Soekarno-Hatta is the main airport serving the greater Jakarta area, catering for 187 international flights a day and handling 54 million passengers a year. Its annual throughput makes it the world’s 18th busiest airport and its location means it is called Cengkareng by locals, accounting for its CGK IATA code.

“The simulation of T3 International operations has been conducted several times involving hundreds of passengers, immigration and Customs officers, and also Gapura Angkasa as the ground handling provider and other stakeholders,” Angkasa executive  Agus Haryadi said in a statement.

“In line with numerous simulations, we are positive that as a result of all the prior preparation, the T3 operations will run as smoothly as possible, specifically for Garuda Indonesia.’’

Terminal 3 was officially launched in August, 2016 and has been catering for domestic flights. It has had a number of teething problems, according to local media, including a collapsed roof and flash flooding in the arrival gate area

International operations will be supported by 64 immigration counters — 32 each for arrival and departures — 30 immigration “autogates’, six baggage claim points, six aerobridges and parking for 1200 vehicles.

The terminal boasts a commercial area of almost 46,000 sq. m with walk-through shopping and is connected to its counterpart by a Skytrain.

He said the airline had also conducted several operational trials involving all service units at the airport “to ensure all aspects of aviation safety and security as well as passenger services are running according to the relevant standards and procedures’.

Garuda will operate 28 check-in counters and will have lounge facilities capable of accommodating up to 2100 passengers with 1700 in the business lounge and 400 in first class.

Despite the preparations, the airline appealed to customers to arrive earlier than normal in anticipation of “any delays and adjustments of passenger flow”.