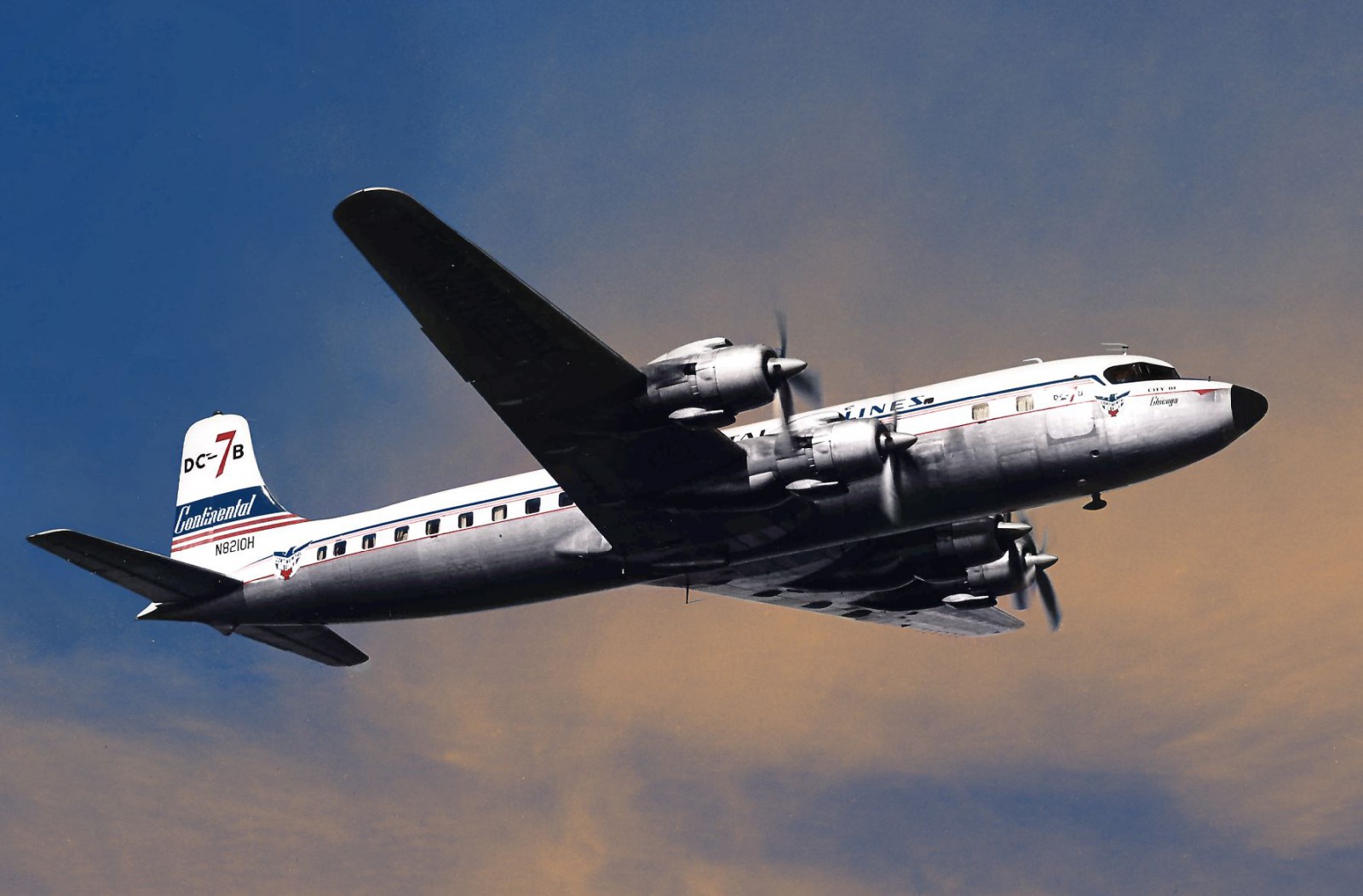 Frenchman Benoit Vienne has once again shown his amazing colourisation skills to bring to life some classic Douglas propliners of the 1950s in glorious colour.

For Mr Vienne colourisation is a passion that started years ago when playing historical video games. That passion was ignited when he discovered colourised photos on the internet.

“I was so impressed by the feeling a colourised photo can bring.

“A lot of young people feel a bit disconnected when they see a black and white photo but when it’s colourised, the feeling is completely different.

“When you see a colourised photo, you feel close to the people. You connect.”

But it is far from a simple process taking hours of meticulous work.

“Colorizing a black and white photo can take a lot of time and sometimes you have to repair it first, says Mr Vienne.

“The aim of the colourist is to bring back to life a moment that was captured through a photo. When you colourise, you bring back people to life, it’s a sort of second life for them.”

But first Mr Vienne had to master photoshop – an art in itself.

“I started to colourise in early 2015 but it was really hard to use photoshop because it was the first time that I was using the program.“

But months of practice had paid big dividends with Mr. Vienne colourising hundreds of military photos of British, French American, and German soldiers as well as civilian portraits and weddings.

For AirlineRatings.com Mr Vienne has colourised hundreds of airline interior and aircraft pictures that have proved very popular with the website’s millions of followers.

Mr Vienne has done work for Qantas and Boeing as well.

Many of the Boeing and McDonnell Douglas colourised images have also been donated back to Boeing’s Historical Archives.