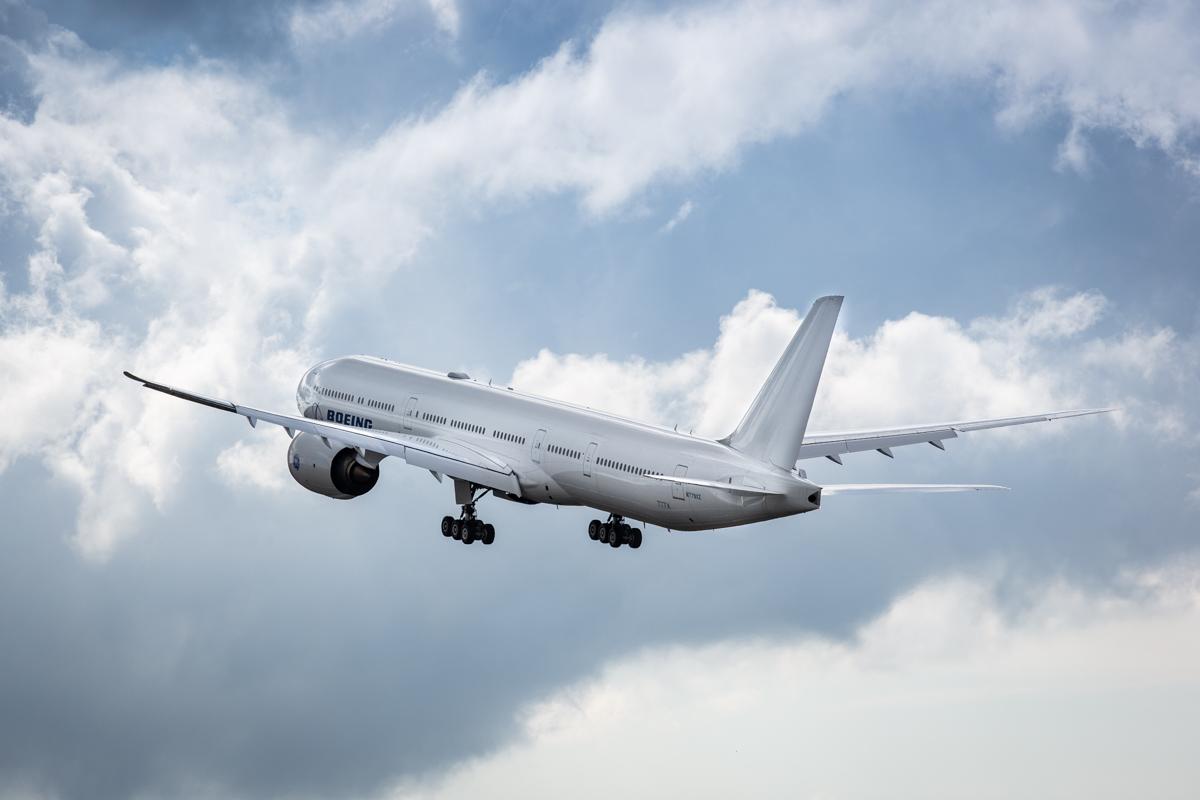 A fourth 777X has joined the Boeing flight test program.

The aircraft, dubbed WH004, will test cabin systems, extended operations and more as part of the test program.

Here is a video of one of its taxi tests.

The 777-9 seats 426 passengers in a typical two-class configuration, with a range of 7,285 nautical miles (13,500 km). The 777-9 will have the lowest operating cost per seat of any commercial aeroplane says Boeing.

The 777-8 also has the capacity to provide more revenue through more payload and improved fuel efficiency at both short and long ranges. This capability also allows the 777-8 to carry that increased payload at more challenging airports such as those constrained by high altitudes or hot temperatures.