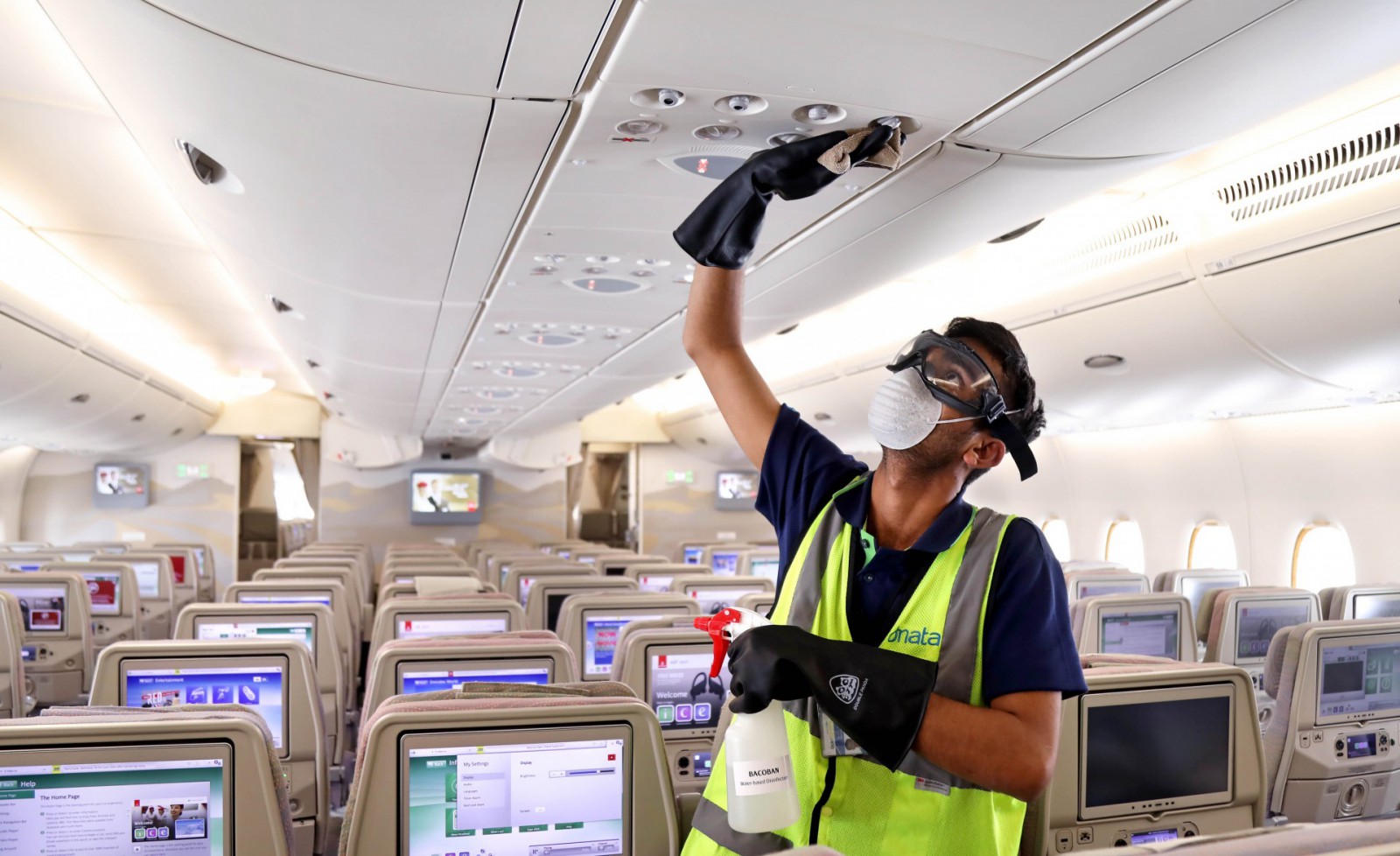 While airlines make a big deal about touting their disinfection procedures, the US Federal Aviation Administration has issued a behind-the-scenes warning that some actions could pose a safety risk.

A Special Airworthiness Information Bulletin issued on November 4 warns that too frequent or improper use of disinfectants could cause problems such as corrosion, embrittlement, increased flammability and electrical short circuits.

“Depending on the system or part affected, any of these conditions could create either an immediate or latent airworthiness issue,’’ the bulletin says.

It says they should also make sure the disinfectant and the method of applying it are compatible.

“Flammable disinfectants, such as those that are alcohol-based, should not be fogged as this creates a dangerous atmosphere prone to sudden combustion.

“Note that alcohol-containing wipes that are disposed of in bulk have the potential for any remaining alcohol to evaporate and collect in the disposal container, creating a similar sudden combustion risk, locally.”

Fogging and misting has been used to disinfect difficult-to-reach areas, but the FAA warns these could be areas where disinfectants should not be used such as fan-cooled electronic boxes, smoke detectors and underlying structure.

Running aircraft ventilation will typically exacerbate this condition, it warns.

It advises airlines to protect structures and electrical systems from disinfectants with potentially corrosive elements and consider increasing inspections of these areas.

They also need to be especially careful when using liquid disinfectants on the flight deck, particularly those with long “dwell times”.

“Liquids can intrude into flight deck switches and seals,’’ the FAA says. “Excessive liquid intrusion can lead to electrical shorts in the near term and unexpected corrosion in the long term.

“Take care to prevent liquids from pooling or dripping in the flight deck. FAA emphasizes that owners and operators should follow, and not exceed, the disinfectant manufacturer’s instructions for application of disinfectants identified as appropriate for the aircraft by the aircraft manufacturer.”

And it isn’t just sensitive equipment that can be affected: the FAA warns that disinfectants containing ethyl alcohol can cause crazing on windows and window dust covers and damage thermoplastics.

“As a result, windows on certain aircraft types might not be able to continue to serve their intended purpose after multiple cleanings,’’ it adds.

The FAA recommends using electrostatic spraying over fogging because foggers can more easily transport charged particles into “unintended areas that may be incompatible”.

Longer lasting antimicrobial coatings are another area where caution needs to be exercised with a warning these may have more impact when it comes to altering the surface on which the coating is applied.

“Preliminary investigations by aircraft manufacturers indicate that most aircraft interior materials can be treated with antimicrobial coatings with no negative effects to flammability (specifically its heat release rate); but, such coatings should be assessed by the user regarding any other potential negative impacts before use,’’  it says.

The bulletin notes that other methods of disinfection, including ultraviolet radiation and ionization, are under investigation both in terms of effectiveness and the potential effect on an aircraft.

“Be aware that these processes may create by-products that should also be evaluated for the effects on the aircraft and personnel,’’ it says.