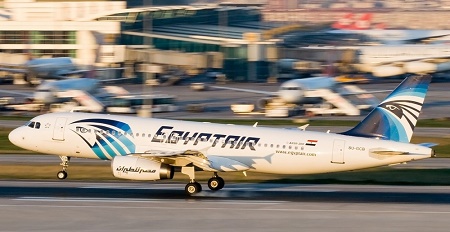 Egypt has announced that it has recovered the cockpit voice recorder from the submerged wreckage of EgyptAir Flight MS804, just days before the Underwater Locator Beacon (ULB) was estimated to run out of battery.

The announcement came a day after officials said they had found the wreckage of the Airbus A320 and are putting together a map of the debris on the seabed. The images will help prove the theory that the airplane broke up mid-air.

The wreckage of the Paris-to-Cairo flight is believed to be at a depth of about 3,000 meters (9,800 feet). Previously, search crews found only small floating pieces of debris and some human remains.

Although designed to survive a crash and fire, the recorder had sustained damage, and only its memory unit — "the most important in the recorder" — was recovered unharmed, it said.

"This is a great achievement in a short period of time," said Abdel-Fattah Kato, the former head of EgyptAir . "We are close to finding out what happened to the plane."

The device, which records the pilots' conversations and other noises from the cockpit, has been taken to the Egyptian port city of Alexandria, where it will be turned over to investigators for analysis. Provided it is in reasonable condition it shoudl take approximately 48 hours to retrieve information from the recorder.

Learn more about the Black Box's

IN news just in, search teams have also found the  second so-called "black box" — the aircraft's flight data recorder, which carries such information as how a plane is functioning, including its altitude, airspeed, key system and the pilots' inputs.

The EgyptAir 180-seat Airbus A320, registration SU-GCC, was flying from Paris to Cairo when it disappeared. EgyptAir Flight MS804 left the French capital at midnight and its transponder signal stopped at 2.33am about 240km north-west of the Egyptian port city of Alexandria while flying at 37,000ft.

Terrorism or catastrophic mechanical failure have been the main focus of investigators looking into the disappearance of the jet, which had 66 passengers and crew aboard but one analyst says pilot error cannot be ruled out.