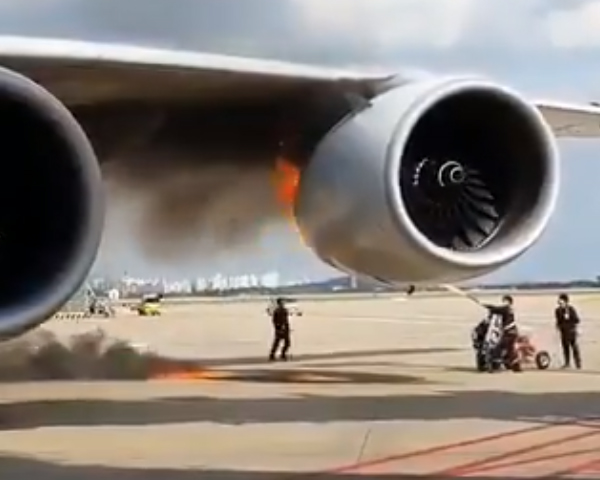 The engine of an Asiana Airbus A380 has caught fire during refueling at Seoul airport yesterday.

According to AeroTime the A380 registered HL7652, was about to carry out flight OZ202 to Los Angeles International Airport (LAX).

During a start-up test, smoke and sparks were seen from the Rolls Royce Trent 970 engine which then caught fire.

However, at the time, none of the 401 passengers had boarded.

🇰🇷 Engine one of an Asiana Airbus A380 was seen caught fire during fueling at Seoul International Airport.