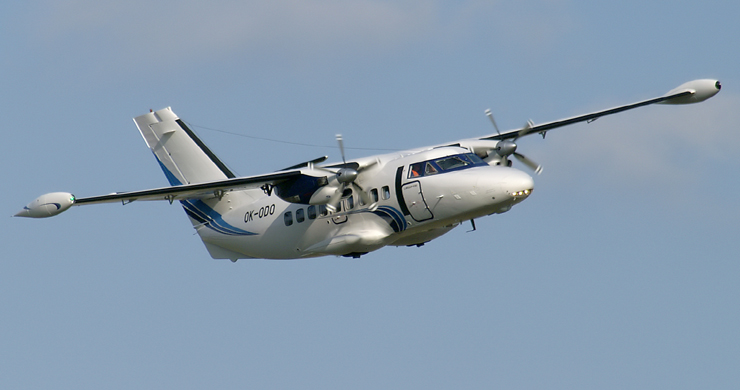 Loss of control in-flight and runway overruns, typically in bad weather –not aircraft design – continue to be the biggest factors in air crashes in the first six months of 2013.

While last year was the safest year ever for flying according to the International Air Transport Association with only 15 fatal airline accidents with 414 fatalities the aviation industry is working on programs to reduce the rate further.*

But this year –so far – is even safer with only 6 major accidents with 46 fatalities for airlines and charter operators.

Commenting on the figures airlineratings.com Editor Geoffrey Thomas said that where once aircraft design was a factor this is rarely the case today.

“Relating to that report it is important to clarify that an aircraft’s crash rate has almost nothing to do with the design or quality of the aircraft.”

“Intending passengers should look more at the operator’s safety rating and then how and where they operate the aircraft – not necessarily the aircraft itself,” said Mr Thomas

“Take aircraft such as the twin-engine LET410 and Twin Otter turboprop which have been involved in some accidents over recent years but none were related to the design of the aircraft. In fact the L410 has not been involved in any incidents or accidents this year,” said Mr Thomas.

“In fact the latest models the rugged LET410 UVP-E20 and L420, being in production since 1990 have an excellent safety record and have been certified by many authorities including those in Australia, the US and Europe.

“These aircraft [LET410] have made a name for themselves on the continent of Africa with their remarkable “hot and high” performance, excellent Short Take-off and Landing capabilities, durable structure and their ability to operate under extreme climatic conditions,” said Mr. Thomas.

“Crash rates for aircraft must be treated with extreme caution as aircraft such as the LET410 and Twin Otter operate where most aircraft cannot and provide critical lifelines to communities in rugged mountainous regions and jungles almost always onto grass or gravel runways.”

It is also important to look carefully at the model of the aircraft. For instance the airline industry differentiates when major upgrades occur such as with the 737 and DC-9 designs that date to the 1960s.

Early models of the Boeing 737 and DC-9 have a higher crash rates than later versions which have had extensive systems upgrades as technology improves and industry wide safety lessons are learnt.

According to Boeing data the earliest 737 series has a crash rate of .88 per one million departures, while the next series upgraded models have a rate of .26, while the latest series the 737NG has a rate of just .15.

“It is the same with the LET410 series,” said Mr Thomas

“The latest models are not to be compared with earlier versions from the 1970s and the manufacturer Czech based Aircraft Industries is now developing the new LET410NG which features a glass cockpit and General Electric H80 engines.

*IATA’s data is based on twin-engine turbine aircraft above 5,700kg for turboprops and 15,000kg for jets. Airlineratings.com adopts the same standards.