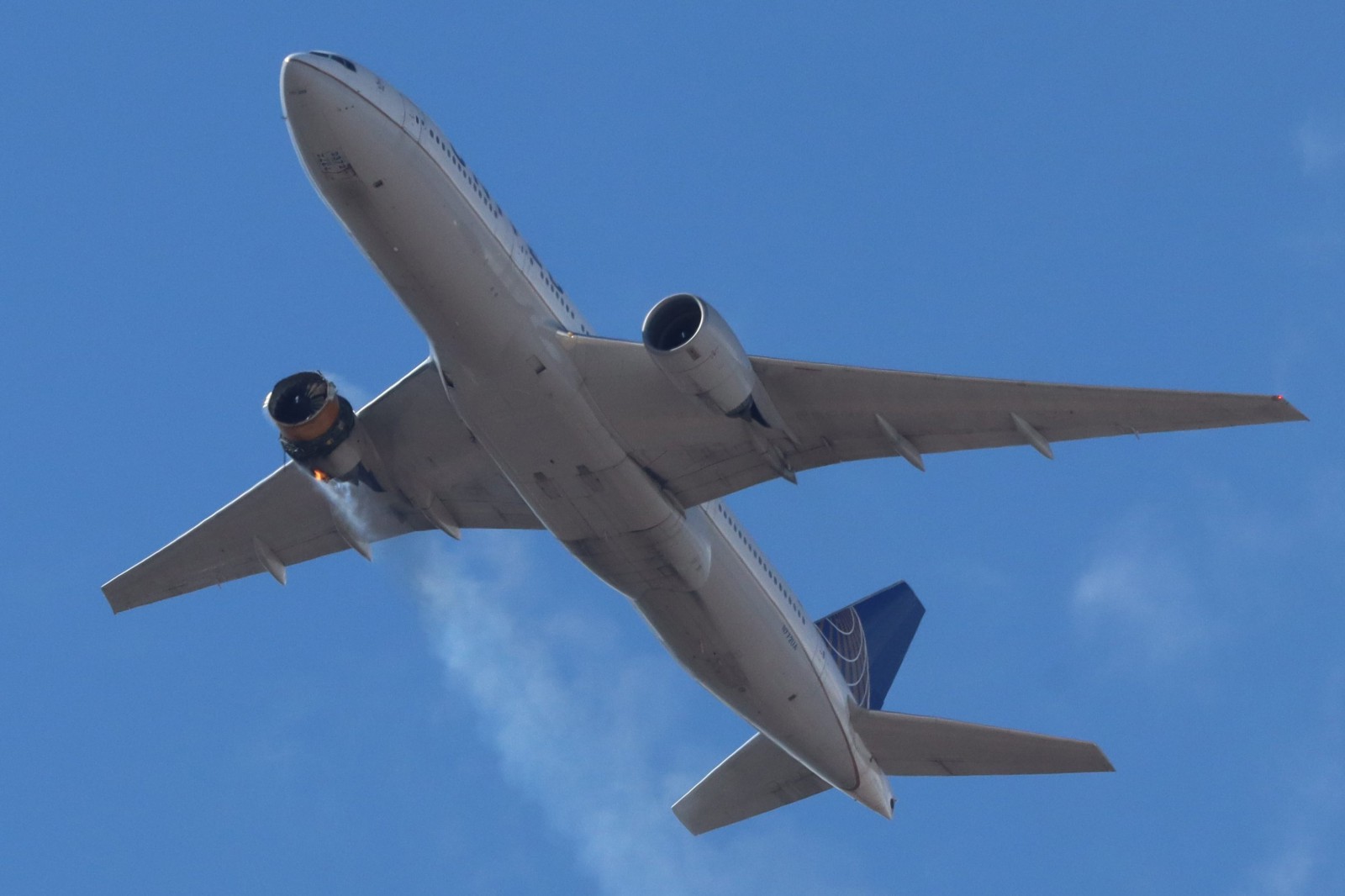 Ryan Green has captured on his Dash Cam the moment United Airlines Flight 328 to Hawaii suffered an engine explosion.

From the Dash Cam of Zach Allen In Broomfield: https://t.co/6Syowuy9yI pic.twitter.com/SVqE55TlPN

“Flight UA328 from Denver to Honolulu experienced an engine failure shortly after departure, returned safely to Denver, and was met by emergency crews as a precaution. There are no reported injuries onboard. We are in contact with the FAA, NTSB, and local law enforcement.”

The US air traffic control provider, the FAA said:

“A Boeing 777-200 operated by United Airlines returned to Denver International Airport and landed safety Saturday after experiencing a right-engine failure shortly after takeoff,” the FAA said in a statement. “The FAA is aware of reports of debris in the vicinity of the airplane’s flight path. The passengers deplaned on Runway 26-Right and were bused to the terminal.” – FAA