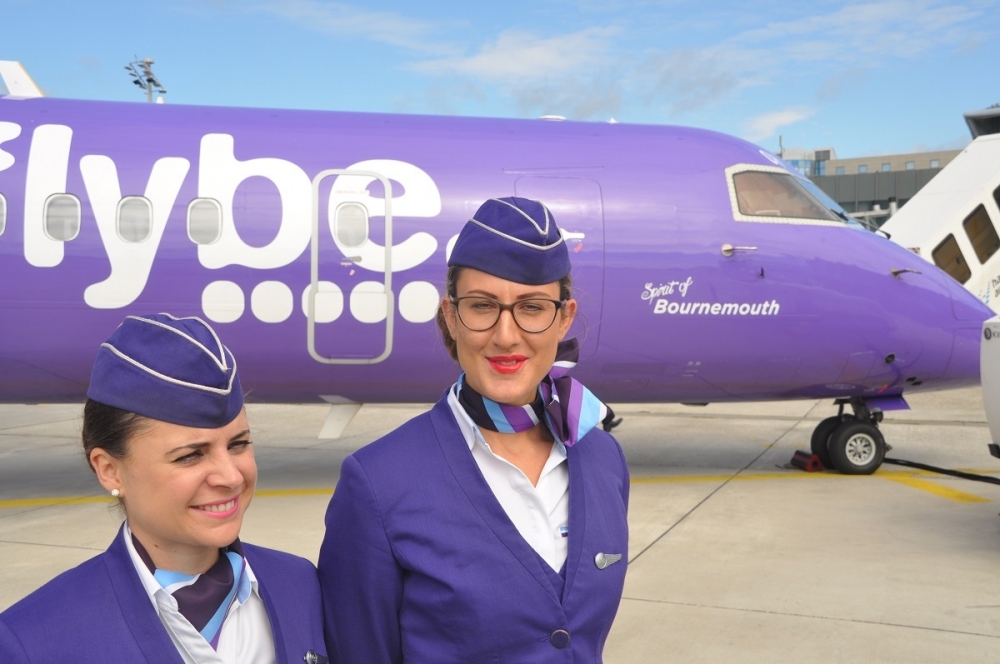 Competitors of troubled UK regional airline Flybe have reacted angrily to a British Government rescue package that allows it to defer about £100 million ($US131m) in tax payments.

The airline, which was taken over by a consortium led by Virgin Atlantic in early 2019, will be allowed to defer handing over Air Passenger Duty that adds £13 to most short-haul flights and promised a review of the tax.

The deal came as UK media reported the airline came close to collapse with an accountancy firm on standby to oversee a potential administration.

About  2400 staff and millions of passengers would have been affected if the airline had gone under and Flybe’s investors agreed to provide additional funding to keep it going as part of the package.

Flybe boss Mark Anderson described the deal as a positive outcome for the UK that would allow the airline to focus on delivering for customers and planning for the future.

“Flybe is made up of an incredible team of people, serving millions of loyal customers who rely on the vital regional connectivity that we provide,” he said

But not all were happy and British Airways owner International Airlines Group led the charge by filing an official complaint with the European Commission.

“Prior to the acquisition of Flybe by the consortium which includes Virgin/Delta, Flybe argued for taxpayers to fund its operations by subsidizing regional routes,” Walsh argued in a letter British Transport Secretary Grant Shapps.

“Virgin/Delta now want the taxpayer to pick up the tab for their mismanagement of the airline. This is a blatant misuse of public funds.”

“Flybe’s precarious situation makes a mockery of the promises the airline, its shareholders and Heathrow have made about the expansion of regional flights if a third runway is built.”

Ryanair’s Michael O’Leary was equally blunt in a letter to British Chancellor of the Exchequer Sajid Javid sent on Thursday.

Noting it was “deeply concerned and shocked” by the bailout, Ryanair called on Javid to extend the “APD eco-tax holiday” given to Flybe to all its UK airline competitors.

“This Government bailout of the billionaire owned Flybe is in breach of both Competition and State Aid laws,’’ O’Leary said.

“The Flybe model is not viable which is why its billionaire owners are looking for a state subsidy for their failed investment.”

O’Leary said the reason Flybe was not viable was that it could not compete with lower fare services from UK regional airports on domestic and EU routes provided by Ryanair, Easyjet, BA and others.

It also could not compete with lower-cost road and rail alternatives on many smaller UK domestic routes.

“If Flybe fails (as it undoubtedly will once this Government subsidy ends) then Ryanair, Easyjet, BA and others will step in and provide lower fare flights from the UK regional airports, as we already have to make up for the recent failure of Thomas Cook Airways.

“This Flybe ‘subsidy’ cannot comply with Competition, or State Aid rules unless the same APD eco-tax holiday and other Government subsidies are extended to all other UK competitor airlines including Ryanair, Easyjet, BA among others.”

EasyJet, environmental groups, rail firms and analysts were also unhappy with the deal.

“The rescue package may provide short-term relief for Flybe, but deeper underlying issues are the root cause of the airline’s woes, said GlobalData tourism and transport analyst Ralph Hollister.

The British Government responded by denying it was giving Flybe state aid.