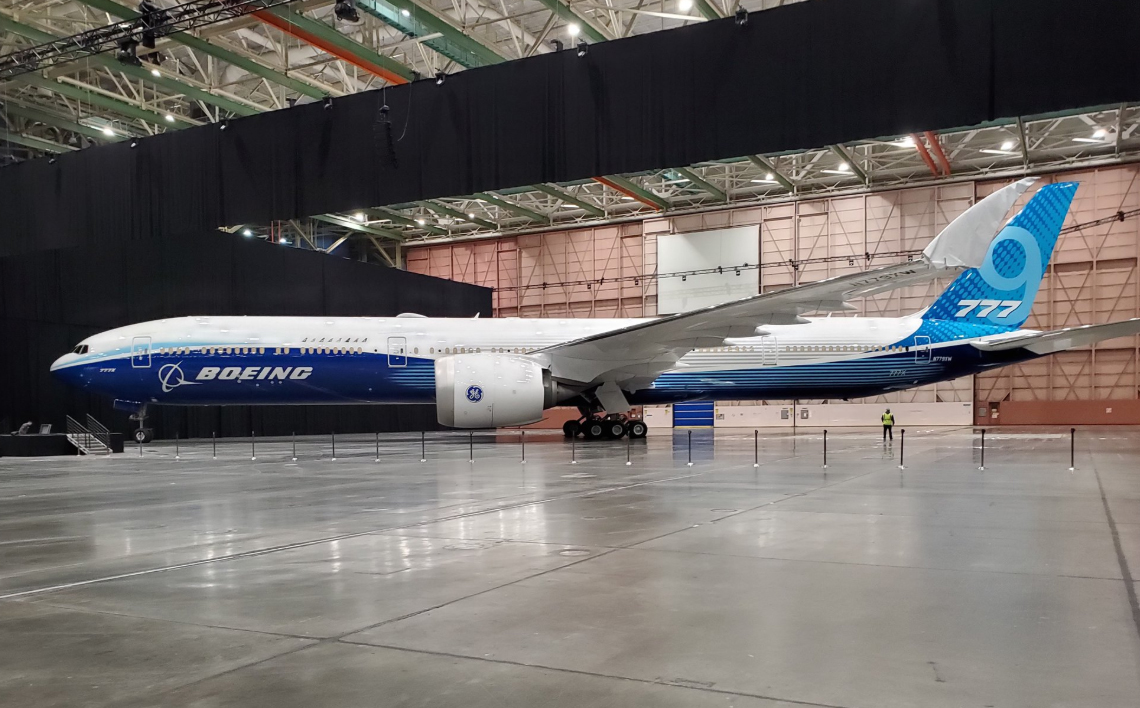 Boeing has unveiled its giant Boeing 777X to its employees in a low key event at Everett Washington.

No media attended after the grand unveiling was canceled in the wake of the Ethiopian Airlines tragedy on Sunday.

These photos were taken by a Boeing employee and provided to Sam Chui.

SEE Video 777X takes to the sky in Germany

The driving force behind the 777X is Emirates’ President Sir Tim Clark, whose airline is the lead buyer with an order for 150.

Key to his enthusiasm is the aircraft’s economics and greater space — it is 20 percent more efficient per seat than the industry’s long-time benchmark the 777-300ER and its cabin is wider with bigger windows.

Downunder Qantas and Air New Zealand are also evaluating the 777X along with its arch-rival the A350-1000.

Both Airbus and Boeing say they can meet the airline’s demands or “close to it.”

Qantas plans to add underfloor bunks to the winner of its competition because on ultra-long-haul flights the aircraft will carry virtually no cargo, just passenger’s bags.