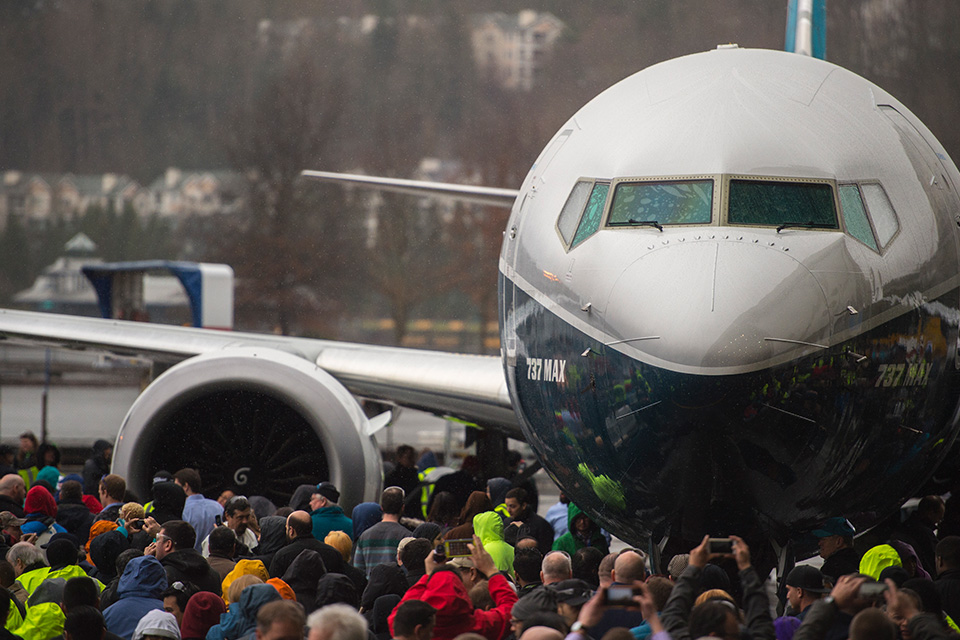 The decision by the US Federal Aviation Administration to ground the US 737 MAX  fleet has been applauded by nervous flyers but raises more questions about the two tragic accidents that claimed 346 lives.

The FAA turnaround, initially announced by US president Donald Trump, came as it received additional information about the final seconds before the plane nosedived into the ground shortly after takeoff from Addis Ababa.

The  FAA had been resisting political pressure at home and abroad to ground the plane, saying it did not have sufficient evidence to order the planes out of the sky.

The US decision came after Canada pulled the plug on the plane, citing additional evidence from satellite tracking data showing the plane’s flight path was similar to that of Lion Air plane that crashed last October.

Canada provided that information to the US and it was this and evidence from the wreckage about the flight configuration that the FAA says prompted it to act.

FAA acting administrator Dan Elwell said the track was close enough to that of Lion Air to warrant the grounding of the aircraft while regulators got more information from the black boxes to determine if there is a link between the two and to find a fix if there was.

The Ethiopians have sent the recorders to France to be downloaded.

READ: Why the Boeing fiasco will not kill the 737 MAX.

Elwell said the FAA previously had raw data from satellite tracking known as space-based ADS-B but this was hard to interpret, was only three minutes long and displayed no obvious link between the two tracks.

But enhancements to a longer version of the track by the company that operates the link as well as Boeing and US investigators showed the full track of the Ethiopian flight was “very close to Lion Air”.

“Also evidence that we discovered on the ground actually was even further evidence that the flight was very similar to Lion Air,’’ Elwell said in an interview with CNBC’s “Closing Bell”.

The flip-flop raised questions about the politics of the decision and who had made it.

Elwell said it had been his decision, but he had consulted with Trump and Transportation Secretary Elaine Chao.

He said he was aware of decisions by other aviation authorities to ground the planes but said the FAA had not been able to find any additional data they had used to support the groundings.

“We said all along, we weren’t going to ground until we had actionable data and that’s what FAA looks for,’’ he said, adding that the agency did not feel global pressure.

“As I said, we are a data-driven, action-oriented agency and we don’t make decisions about grounding aircraft or regulating or even shutdown decisions for airports or aircraft without actionable data. And in this case, the actionable data didn’t arrive until today.”

Even with apparent similarities between the flight profiles of the Lion Air and Ethiopian aircraft, there remains much that is not known about both tragedies.

In the Lion Air crash, a faulty sensor told the plane’s computers the 737 MAX was about to suffer an aerodynamic stall.

This activated new flight control software that pitched the nose down and caused an automatic system that balances out the plane by controlling the horizontal stabilizer at the back of the plane to go into overdrive.

This “runaway” stabilizer trim started continually pitching the nose down.

Put simply an aerodynamic stall is caused when the plane’s angle of attack is too high and air flowing across the wing is disrupted causing a loss of lift.

The pilot instruction for a “runaway stabilizer trim” is to switch it off by flicking two switches on the center console. This is what the pilots on a Lion Air flight operated by the same aircraft suffering the same problem did the night before the fatal crash.

The problem wasn’t fixed correctly before the fatal flight and the pilots did not disconnect the system and were still fighting it when it plunged into the sea.

Why the pilots didn’t switch it off is still not in the public arena because the Indonesian investigators have yet to release the cockpit voice recorder transcript.

The FAA issued an emergency airworthiness directive for the new Boeing 737s following the crash urging pilots to follow the correct procedures in the case of a malfunction.

Despite the new revelations from the FAA, the fault that caused the control problems on the Ethiopian flight is still unknown.

According to Ethiopian’s chief executive,  the airline’s pilots had been trained and were aware of the 737 MAX’s new background stall protection system and would have been aware just to switch off any stabilizer trim event.

Next month, as a result of the Lion Air crash,  Boeing will release an upgrade package which includes changes to the software flight control law, pilot displays, operation manuals, and crew training.

Boeing says that the new package’s “enhanced flight control law incorporates angle of attack (AOA) inputs, limits stabilizer trim commands in response to an erroneous angle of attack reading, and provides a limit to the stabilizer command in order to retain elevator authority.”

Boeing says that it has been working closely with the FAA on the “development, planning and certification” of the software upgrade, which also incorporates feedback from airlines.