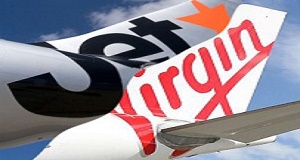 New Australian government figures show the business class airfares in June averaged more than 5.8 per cent higher than at the same time last year while the cost restricted economy tickets rose a more modest 1.1 per cent.

Economy fares fell 4.1 per cent over the same period.

The increases come as recent figures from the International Air Transport Association showed domestic capacity in Australia was down 2.9 per cent in May compared to the previous year while demand growth remained flat at 0.4 per cent.  The combination pushed up the domestic load factor by 2.5 percentage points to 75 per cent.

The cuts, which IATA said reflected a combination of fewer frequencies and smaller aircraft, came as consumer confidence in Australia remained subdued as the nation underwent a federal election.

The Australian figures reflect international experience where premium airfares have held up better than economy tickets on many of the top premium routes.

IATA’s latest Airlines Financial Monitor publication said this week that the share of revenue from premium airfares had increased slightly on key North Atlantic and Europe-Asia markets, despite the fact that premium international traffic growth lagged in economy.

“In the current environment of downward pressure on yields, the high-yielding premium segment offers an important buffer for overall airline financial performance,’’ the report said.

The report said that the latest financial results pointed a  robust 2016 first quarter in terms of industry profitability.

However, it warned that uncertainty following the UK’s “Brexit’’ vote had taken a heavy toll on airline shares with an 11.6 per cent fall in June to bring down global average prices by more than fifth since the start of the year.

European airlines were hardest hit with a 24.6 per cent slump since the start of the year, while shares in North American carriers fell 10.6 per cent and those in the Asia-pacific were down 3 per cent.

“The uncertainty of the Brexit vote, along with lingering impacts from recent terrorist attacks, has only added to existing investor concerns about the impact of falling unit revenues on profitability,’’ IATA said. “All told, global airline shares made the worst start to a year since 2008, and have underperformed the wider equity market by 21 per cent so far in 2016.’’

IATA continues to predict oil prices, a major influence on ticket costs, will remain “at reasonably low levels’’ after Brent Crude ended June just shy of the  $US50 per barrel mark.

“Despite rallying since the start of the year, oil prices in June were still 21 per cent  lower than the same month in 2015,’’ it said “ The oil futures curve has ticked up slightly, but the market still expects oil prices to remain at reasonably low levels for the foreseeable future (below US$60/bbl over the next three years).

“That said, the annual comparison is going to become less favourable in the near future, with the year-on-year growth rate set to move back into positive territory at the end of July.’’