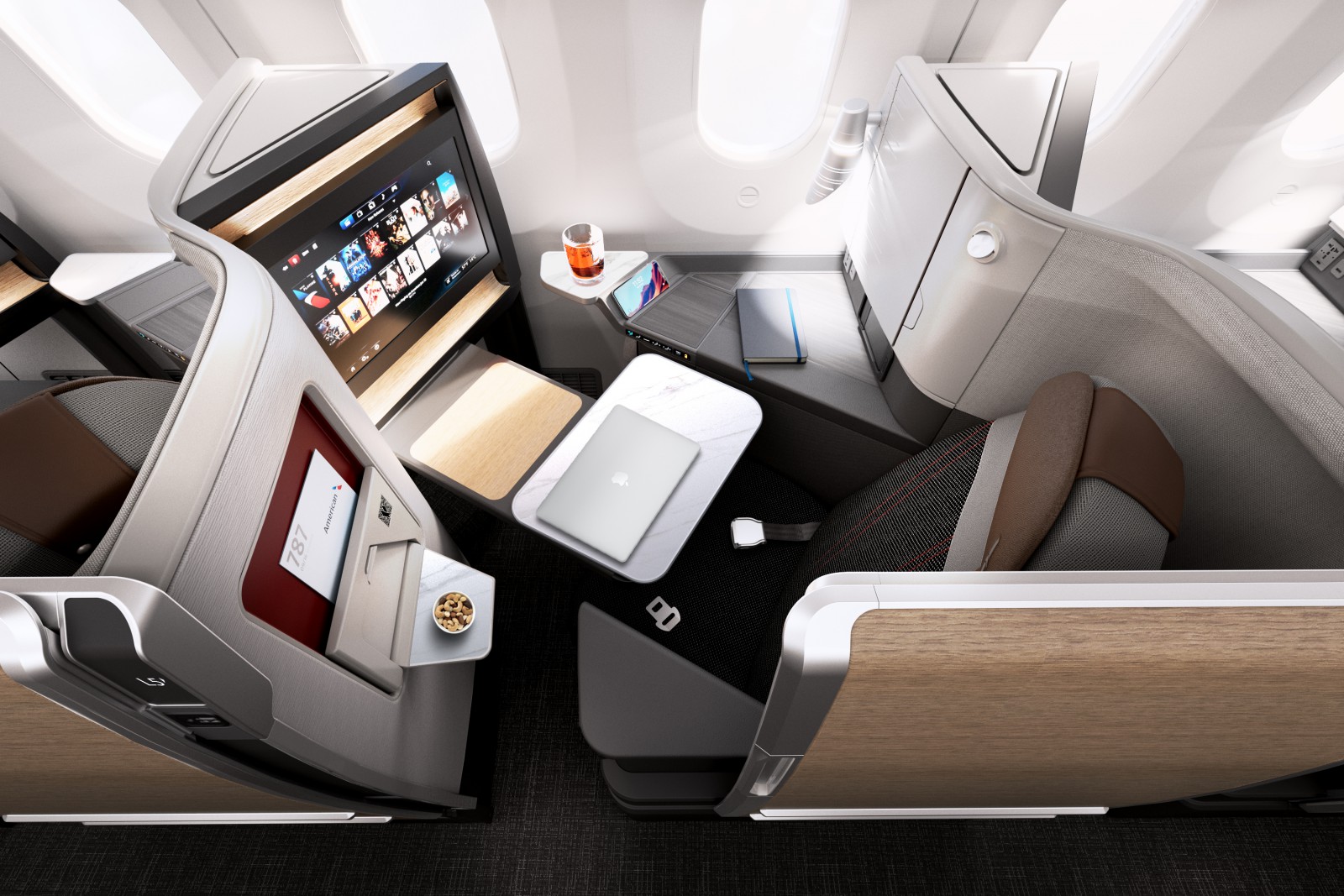 American Airlines is giving customers a suite new ride. With new deliveries of its Airbus A321XLR and Boeing 787-9 aircraft, beginning in 2024, the airline will unveil new Flagship Suite® premium seating and a reimagined aircraft interior for its long-haul fleet.

Flagship Suite® seats will offer customers a private premium experience with a privacy door, a chaise lounge seating option and more personal storage space. Customers will enjoy tailored luxury in their private retreat in the sky in American’s premium cabin.

“We are enhancing the customer experience across their entire journey with American,” American’s Vice President of Customer Experience Julie Rath said. “The arrival of new long-haul aircraft and the customized seat design of the Flagship Suite® seats will offer customers a truly private premium experience on our long-haul fleet.”

American will also retrofit its Airbus A321T fleet to align those 16 aircraft with the rest of its A321 fleet. American will continue to offer lie-flat seats on its transcontinental routes departing New York and Boston along with its Northeast Alliance partner, JetBlue Airways, providing travellers with a premium experience and the opportunity to arrive refreshed after a cross-country flight.

Styling from ground to air

Premium customers will notice American’s signature style starts with the beginning of their journey at the airline’s dreamily redesigned Admirals Club® lounges, with the first of these refreshed lounges opening at Ronald Reagan Washington National Airport (DCA) this fall. Branded elements with sustainable wood designs will be carried from the lounges to American’s redesigned long-haul aircraft.