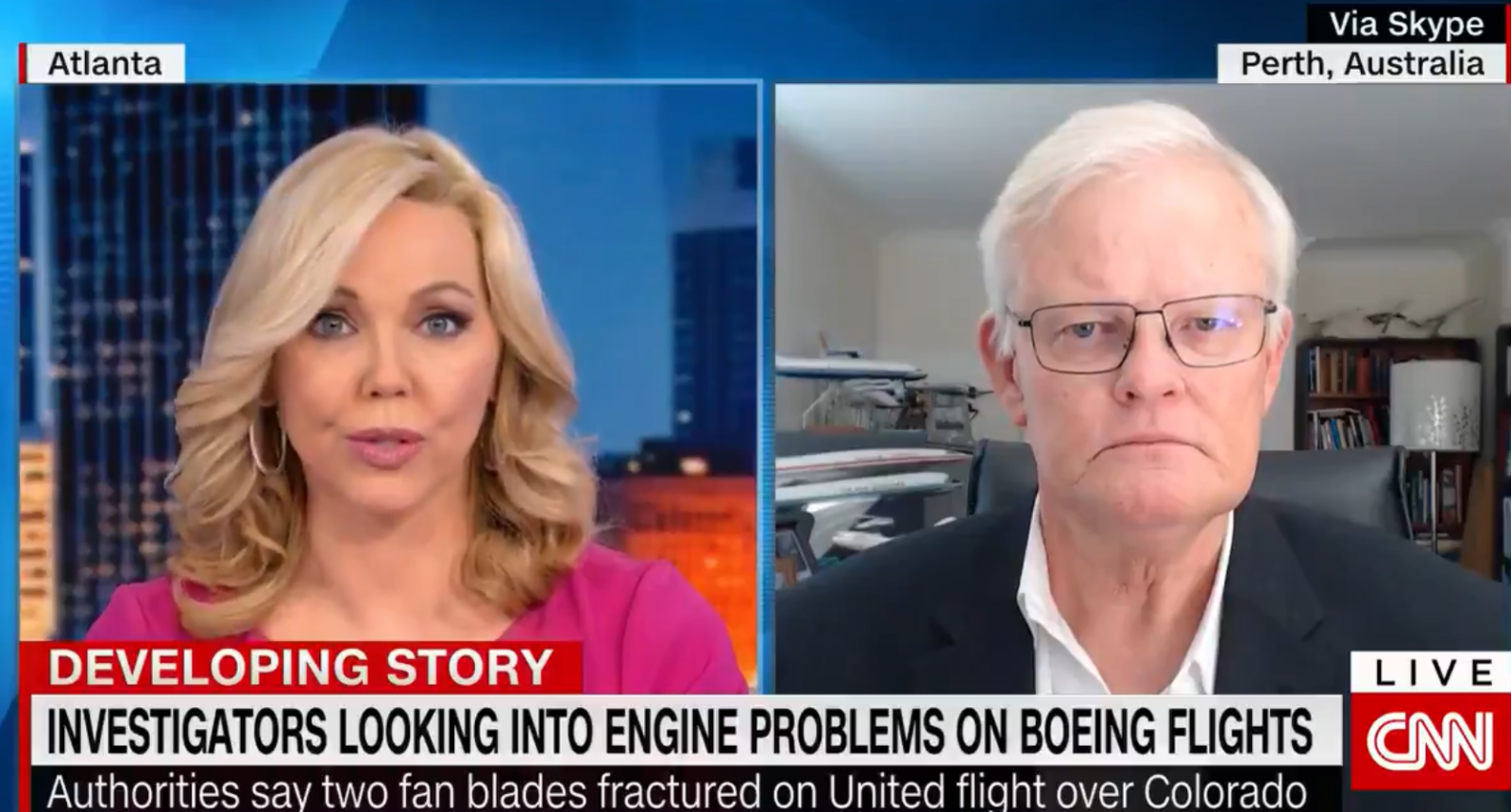 Airlineratings.com Editor-in-Chief Geoffrey Thomas has been interviewed on CNN regarding P&W engine problems for the 777 aircraft.

In the wake of massive pieces of plane debris falling from the sky on #Colorado neighborhoods #UnitedAirlines temporarily grounds 24 #Boeing777 planes but @GeoffreyT_Air says this is a #PrattAndWhitney engine issue: pic.twitter.com/ilbwLNgo39

Mr. Thomas said that the issue was the Pratt and Whitney engine and not a Boeing problem.

The US regulator, the FAA, has issued an emergency airworthiness directive (AD) requiring immediate or stepped-up inspections for P&W-powered 777s.

FAA Administrator Steve Dickson said: “Based on the initial information, we concluded that the inspection interval should be stepped up for the hollow fan blades that are unique to this model of engine, used solely on Boeing 777 airplanes.”

United Airlines said in a tweet: “We are voluntarily & temporarily removing 24 Boeing 777 aircraft powered by Pratt & Whitney 4000 series engines from our schedule. We will continue to work closely with regulators to determine any additional steps and expect only a small number of customers to be inconvenienced.”

Boeing has recommended the grounding of all P&W powered 777s which number 128, of which 69 are in service and 59 in storage after the engine explosion on a United Airlines 777 on Saturday.

The worldwide fleet of 777s numbers 1,656, the majority of which are powered by General Electric engines.

There have now been three serious incidents involving the P&W-powered Boeing 777, one involving United Airlines in 2018 and the other Japan Air Lines in December.

In a statement Boeing said:

“Boeing is actively monitoring recent events related to United Airlines Flight 328. While the NTSB investigation is ongoing, we recommended suspending operations of the 69 in-service and 59 in-storage 777s powered by Pratt & Whitney 4000-112 engines until the FAA identifies the appropriate inspection protocol.”

It adds: “Boeing supports the decision yesterday by the Japan Civil Aviation Bureau, and the FAA’s action today to suspend operations of 777 aircraft powered by Pratt & Whitney 4000-112 engines. We are working with these regulators as they take action while these planes are on the ground and further inspections are conducted by Pratt & Whitney.”