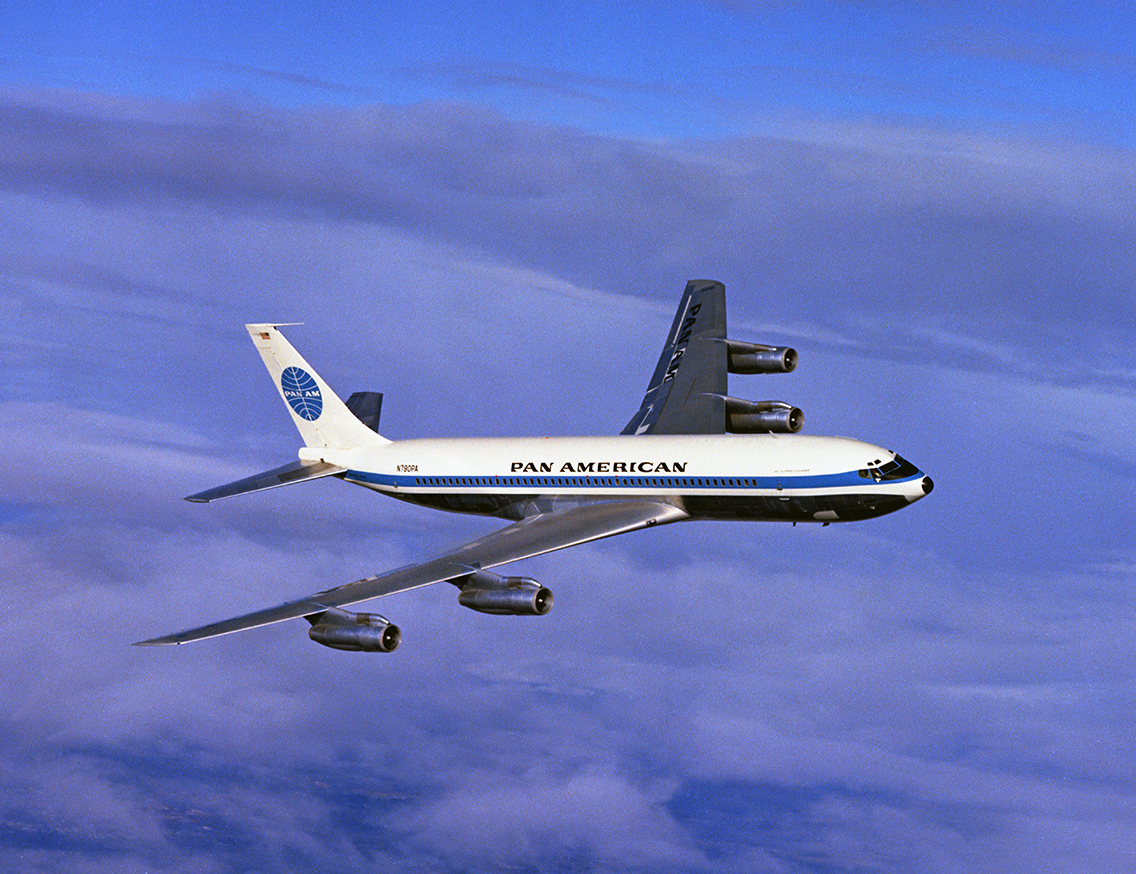 The 707 was a masterpiece of engineering, a thing of grace and beauty, and its impact on the development of air travel was extraordinary, shrinking the world and changing lives and economies.

Over sixty-two years ago, Pan American World Airways launched its Boeing 707 service from New York to Paris, and overnight the tyranny of distance disappeared.

Boeing hosted delegates at the Gold Cup powerboat races on Lake Washington and company president Mr. Allen thought it would be a golden opportunity to impress the chiefs of the world’s airlines.

The 707 had a price tag double that of the piston-engine aircraft it would replace but it would produce three times the revenue.

Australia’s Qantas ordered a special longer-range version of the 707 that could operate out of Nadi in Fiji, and it started operations on July 29, 1959, to San Francisco.

London followed on September 5 and the first-class return fare to London at the time was $1755, with an economy return ticket of $1170.

Aside from the glamour of the speed and the lower fares, the jet engine was far more reliable than the piston engines it replaced, giving travelers much greater confidence in air travel.

The 707 and the DC-8 blitzed the great ocean liners and even as early as 1960, more travelers went by air across the North Atlantic than by ship.