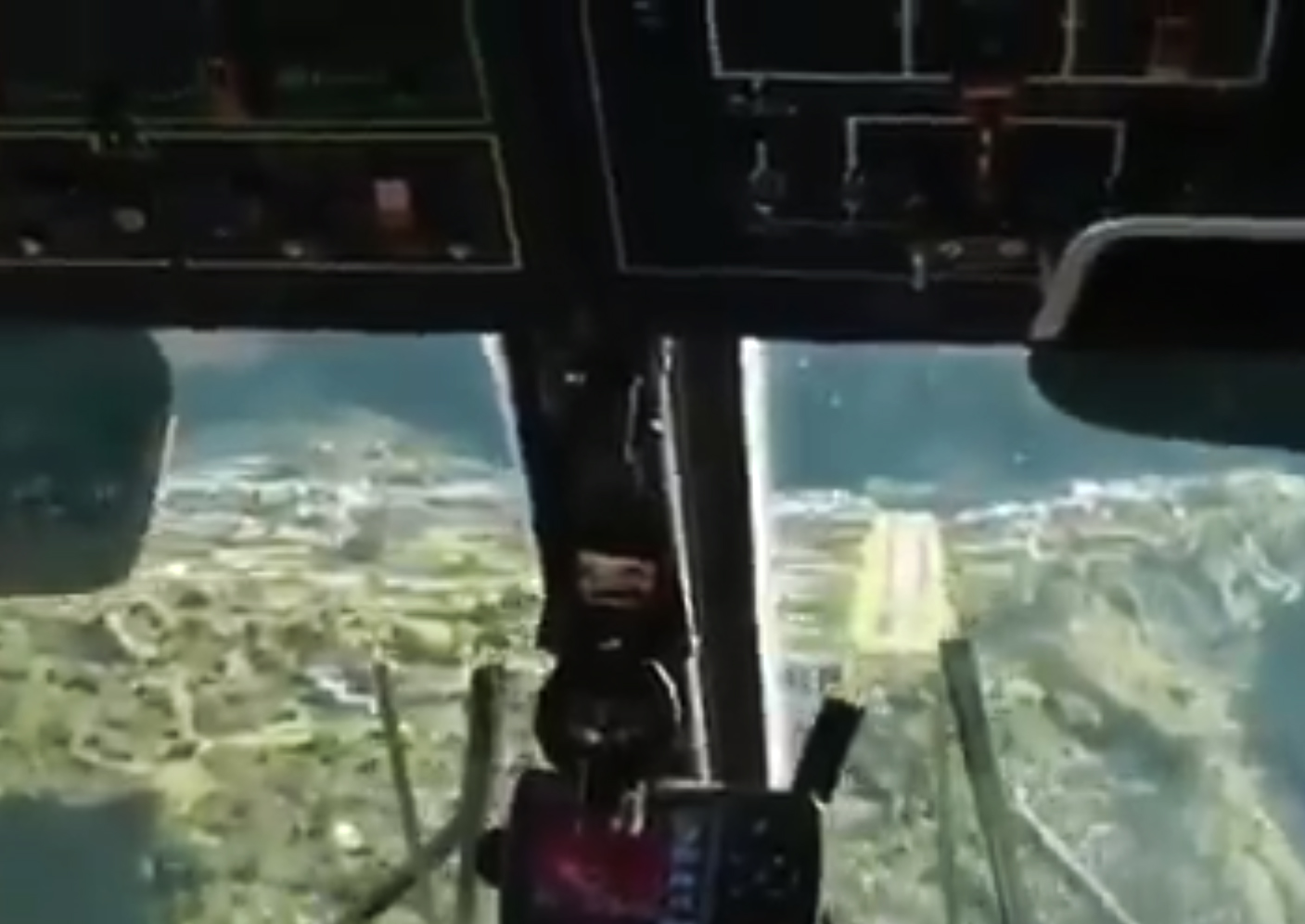 It is the world’s most dangerous airport and its called Lukla and it is in Nepal.

Perched at 2,800m (9,200ft) on a tiny outcrop of relatively “flatland” nestled amongst the world’s tallest mountains Tenzing-HillaryAirport at Lukla, Nepal tests even the most confident flyers.

It was built in 1964 under the supervision of famous mountain climber and New Zealander Sir Edmund Hillary.

See: Spectacular entrance from Emirates A380

It was intended to build it on farmlands, but locals did not want to give up their previous flatlands.

Cockpit view landing at one of the most dangerous Airport in the world, Lukla Airport in Nepal ✈️ pic.twitter.com/Sp66OKW3T3

The airport can only handle helicopters and small, aircraft such as Pilatus PC-6 Turbo Porters, DHC-6 Twin Otters and Dornier Do 228s.

For pilots, there is no chance of a go-around on short final due to the terrain ahead.

But your pilots will be experienced for this dangerous airport.

They must have completed at least 100 short-takeoff-and-landing flights (STOL) and have one year of STOL experience in Nepal and have completed ten missions into Lukla with a certified instructor pilot before they can land at the airport.

Sadly, however, there have been many crashes and serious incidents.