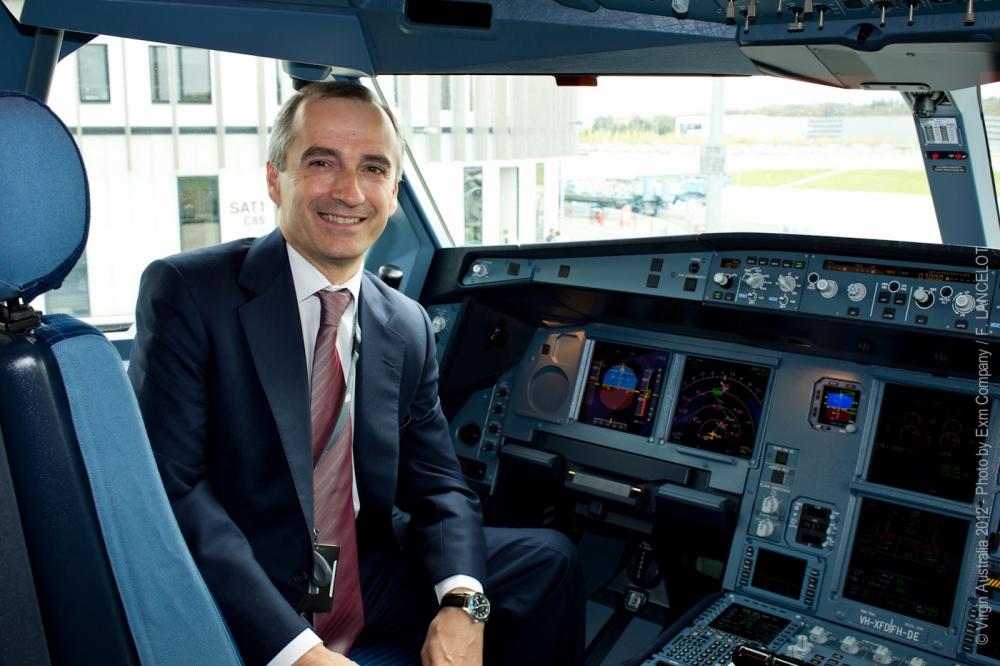 Virgin Australia has blamed Qantas’ policy of maintaining its 65 per cent market share for its [Qantas’] woes and accused it of stifling real competition.

In an open letter to the Australian government, to counter Qantas’ lobbying for help, Virgin Australia chief executive John Borghetti said the airline’s strategy is, and always has been, to bring strong competition to all sectors of the Australian market, not to destroy competition.

Qantas is trying to stop Virgin Australia’s foreign airline shareholders from injecting $350 million into the airline suggesting those funds are bankrolling an unrealistic fare war and expansion.

The airline is looking to the government for a [bank] guarantee ahead of what is expected to be a loss of up to $500 million for the 2014 financial year.

However Mr Borghetti has hit back saying its strategy has been to bring “real competition to all sectors of the market, including regional monopoly routes.”

“This is despite our competitor publically stating that “if a competitor puts one [plane] in, we’ll put two in as a group”, in order to maintain a 65 per cent share of the Australian domestic aviation market at all costs,” said Mr Borghetti.

Mr Borghetti said that “this is a strategy that prevents competition including the possibility of new entrants.”

“We strongly believe that a level playing field should include a full and proper investigation of this 65 per cent “line in the sand” policy and ask the Australian Government to divert attention to this important issue that is crippling competition and is not sustainable financially for anyone in aviation in this country.”

Mr Borghetti said Virgin had no problem with the Qantas Sale Act, which restricts foreign ownership in Qantas, being repealed or amendments to the legislation which would allow Qantas to mirror the current structure of Virgin Australia by separating its international and domestic operations.

Under Australian law an Australian domestic carrier can be foreign owned.

“If Australia truly wants a “level playing field”, then any measures that the Government plans to take to support Qantas should be offered to Virgin Australia,” said Mr Borghetti.

“We believe that this country needs at least two strong airlines, in order to ensure the travelling public is not faced with high airfares and restricted choice.”

Yesterday Qantas chief executive Alan Joyce likened the spat between the two airlines to a soccer game in which Qantas was 10-nil up before Virgin had called three other teams onto the field ‘‘because they can’t beat us.’’

‘‘We need a level playing field for the Qantas Group to have a future. Virgin does its heavy maintenance offshore. They don’t have these investments that we do in this country.’’

“We fly around 20 million passengers annually and we have injected over $11 billion directly into the Australian economy over the last three years.”

“We have also purchased Skywest and 60 per cent of Tigerair Australia, with a view of strengthening their ability to compete”

And in a sting aimed at Qantas’ offshore forays with Jetstar he added that “importantly, we will not be investing in starting new airlines offshore.”