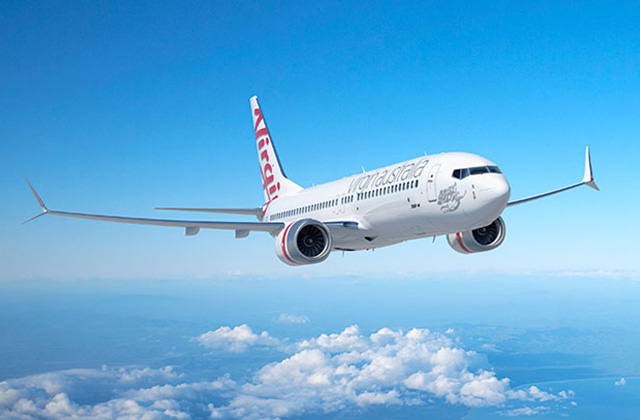 The company announced Tuesday that it had reached an agreement with Boeing to restructure its MAX order of 38 737 MAX 8s and 10 MAX 10s to convert 15 MAX 8s to MAX 10s and start delivery of the bigger aircraft first.

It had been widely tipped to be among a number of airlines to move to renegotiate their orders as a result of the Boeing MAX crisis.

Although the airline is looking at the potential adverse public reaction to the grounding of the MAX fleet after the crash of two MAX 8 aircraft, the main impetus for the move is commercial.

Virgin had been due to receive it first 737 MAX 8 aircraft in November this year but the deal means the first MAX plane it receives in July, 2021, will be a MAX 10.

This brings forward the delivery of MAX 10s — which can carry more passengers and have lower costs per seat — originally scheduled to the start in January, 2022. and boosts the number to 25.

Max 8 deliveries are pushed back to February, 2025, and the order is reduced to 23 planes.

“Safety is always the number one priority for Virgin Australia,’’ Virgin chief executive Paul Scurrah said in a statement. “As we have previously stated, we will not introduce any new aircraft to the fleet unless we are completely satisfied with safety.

“We are confident in Boeing’s commitment to returning the 737 MAX to service safely and as a long-term partner of Boeing, we will be working with them through that process.

“The revised timing also results in a number of positive commercial benefits for the group.

“This includes a significant deferral of capital expenditure by extending the use of existing aircraft given the relatively young age of the fleet along with providing the group earlier access to the superior operational economics of the MAX 10 aircraft.”