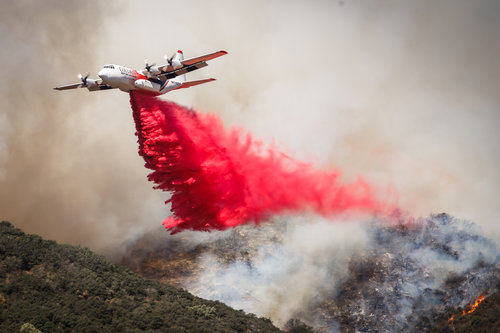 Australian authorities have confirmed that a Lockheed C-130 Hercules has crashed with three US crew on board while fighting bushfires in Australia.

NSW Rural Fire Service Commissioner Shane Fitzsimmons said there appeared to be no survivors after the plane hit the ground as it worked in the Snowy-Monaro area south of Canberra.

He said the aircraft hit the ground heavily and an initial report indicated there was a large fireball associated with the impact.

The Hercules was in Australia under contract with aerial firefighting company Coulson Aviation (USA), a subsidiary of Canada’s Coulson Aircrane.

Australia’s national broadcaster, the ABC, said the company had grounded its other large air tankers as a precaution and a mark of respect.

It is understood the Hercules flew into a valley behind a spotter plane.

Fitzsimmons said he had no idea what caused the plane to crash and the RFS was working with the Australian Transport Safety Bureau and police to investigate the tragedy.

“We simply lost contact with the machine and the flight tracker we used stopped,” he said. “There is no indication at this stage of what’s caused the accident.”

He said the RFS had had “sensitive and emotional” conversations with the plane’s owners.

“And as I say our hearts, our thoughts and prayers are with them right now during this most awful of times,” he said.

Australia remains in the midst of a bushfire crisis despite recent cooler weather and rain.

Temperatures in eastern Australia soared again Thursday sparking a number of bushfire emergencies and a spokesman for the RFS said there was fire activity near the crash site.

“So crew on site now are dealing with a pretty challenging situation,” he said. “It’s such a remote location and there is fire that’s active in the area.”

The aircraft arrived in Australia in August and went through the normal process for registering a foreign fire-fighting aircraft.