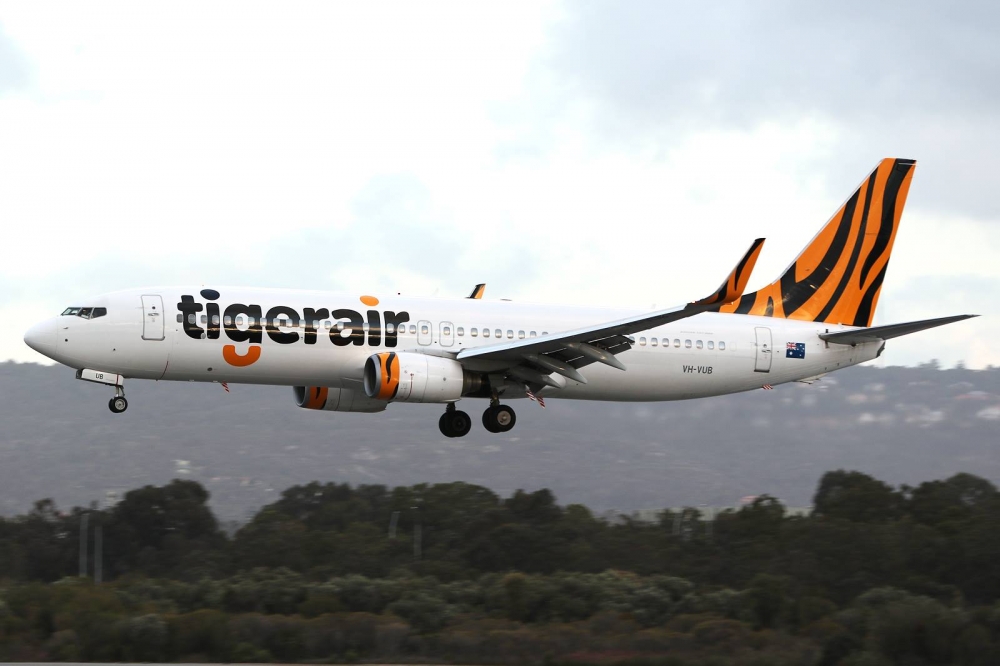 TIGERAIR Australia chief executive Rob Sharp says the airline is doing everything it can to resume normal operations to Bali as an Indonesian aviation official accused the low-cost carrier of breaking its operating agreement.

Thousands of holidaymakers found themselves stranded in Bali after the budget carrier, a subsidiary of Virgin Australia, suddenly had its authority to fly to the island suspended.

The airline was later granted a four-day reprieve to fly customers home and by Sunday had brought back more than 3000 passengers.

The Australians have blamed the suspension on a change in the way Indonesia was treating a 12-month agreement, struck in March last year, allowing Tigerair to lease planes and crew from its parent Virgin Australia (wet- lease) and operate to Bali from Perth, Adelaide and Melbourne.

A caveat was that it was not able to sell tickets in Bali to the  Australian destinations — something the airline has adamantly denied doing.

The budget carrier said Monday it was working on options to resume services “as soon as possible this week’’ but that parent Virgin Australia would operate two flights to pick up passengers on Tuesday.

Tigerair flights from Bali to Australia from Wednesday remained under review, while those from Australia up to and including January 20 remained cancelled.

The airline said discussions with the Indonesian government centred on the way flights were classified, including new administrative requirements that would allow it to resume B737 flights to and from Bali.

Alternatively, it might use its existing Airbus A320 aircraft to operate the Bali flights but it noted this was subject to regulatory approval.

“Tigerair Australia continues to work constructively with the Indonesian Government, and I am confident we are making good progress on options to resume services as soon as possible this week,’’ Sharp said in a statement issued Sunday.

The airline boss said the airline had temporarily paused the sale of flights to Bali but hoped to bring them back online quickly.

Sources have told AirlineRatings that problem arose after the Indonesians moved the oversight of the agreement from the department that looks after normal regular passenger flights to the charter area.

But an Indonesian official told the ABC the decision was taken because Tigerair sold one-way tickets from Bali to Australia and breached its agreement.

A spokesman for Indonesia's Director General of Civil Aviation (DGCA), Agoes Soebagio,  said an investigation at Bali’s airport had found that Tigerair was selling online tickets on its website from Bali to Australia.

"If Tigerair insists it is innocent we'll let them prove it, and whether they deliberately broke the rules, that will be investigated," Soebagio told ABC News. "The DGCA will summon Tigerair to explain the inspector's findings in the field and we will cross-check those together."

The spokesman said there had been no changes to Indonesia’s regulations and the suspension was based purely on evidence of violations.

This had also determined the timing in the peak holiday season.

"Our inspector has found a violation, that is why we took action straight away,"  he said. "I don't think that was unfair."

Australian Transport Minister Darren Chester said Monday he had not been asked to intervene in what were sensitive negotiations between a commercial entity and the Indonesian Government and did not expect that to happen.

He said it was not a question of Indonesia targeting Tigerair and passengers had been caught up in the negotiations, which he understood to be the administrative questions about whether the airline had the right to fly to Bali beyond March.

“But our embassy is certainly working with the passengers who were affected, and unfortunately for the passengers they have been like the meat in the sandwich,’’ he told ABC radio.
.