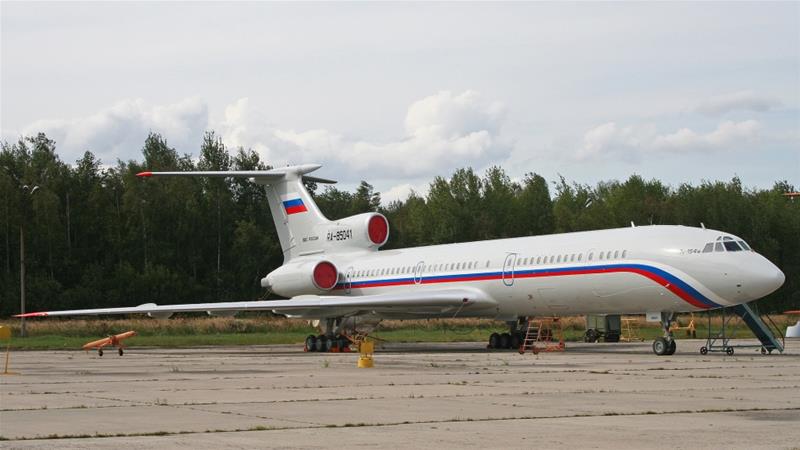 Russian authorities have found a second flight recorder from the Tupolev 154 military transport that plunged into the Black Sea carrying a world-renowned choir.

Russian media reported the find as there was still no official confirmation of a leaked transcript claiming to contain the last comments of the flight crew about a problem with the flaps.

The find means investigators will be able to cross-reference information from the flight recorders.

Russian news agency TASS previously quoted the Russian defence ministry as saying preliminary analysis of the data would narrow the range of possible causes of the accident amid suggestions the aircraft entered an aerodynamic stall.

At least two media organisations have quoted a report by website LifeNews claiming an unnamed source had revealed the last words of the pilots.

The versions of the quotes differ slightly but both point to a problem with the aircraft’s flaps and the plane "going down" or "falling".

Added to this are comments by a source to news agency Interfax that the aircraft's flaps deployed unevenly, prompting the airliner to stall, while a Russian newspaper, the Kommersant, said a witness said it hit the ocean tail first.

Authorities had already indicated that the Christmas Day crash that killed 68 per performers and staff from the Alexandrov Ensemble was more likely due to a technical fault or pilot error than terrorism.

“The Central Research Institute of the Air Forces continues decoding of the magnetic media from the Tu-154 flight recorder that was taken from Sochi,” the ministry said in the TASS story.  “Preliminary analysis of the flight recorder data makes it possible to narrow the range of possible causes of the plane crash. Final conclusions about the causes of the air crash will be made by the state commission when it studies all possible factors.’’

The flight recorder was recovered 56ft (17m)  of water about a mile from the shore, according to Russian officials. TASS also said that both engines from the aircraft had been recovered and there are separate reports that Russia has grounded the TU-154 fleet until the cause of the crash is known.

Ninety-two people died when the Russian military Tupolev 154 heading to Syria plunged into the Black Sea near the southern Russian city of Sochi on Christmas Day.  The plane had stopped at Sochi to refuel en-route from Moscow.

According to the Aviation Safety Network (ASN), the aircraft took off at 5:25 hours local time and made a U-turn back towards the coastline before disappearing from radar screens.

The choir, renowned for its Russian folk songs, was heading to Syria for a New Year’s Eve concert for soldiers stationed at the Khmeimim Air Base near Latakia in Syria.

Also on board were nine Russian journalists and philanthropist Yelizaveta P. Glinka, who was taking a shipment of medicine to Syria.

Russia has mounted a massive search and recovery operation of an area identified as the crash site and has located parts of the fuselage on the seabed about a mile offshore.

While terrorism has not been ruled out, Russian Transportation Minister Maxim Sokolov said it was unlikely to be the cause of the crash.

“In order to organise our work, we need to understand what happened,” Mr. Sokolov told a news conference. “As far as we know, the main versions do not include the terrorist act, so we base our work on the premise that technical malfunction or pilot’s error caused the catastrophe.”

The New York Times reported that officials said the TU-154 underwent repairs and resumed service in December, 2014, after undergoing repairs and the pilot had 1900 hours flying time on the type.

The paper quoted a military official describing the aircraft as “technically fit’’ and the pilot as “well prepared’’.

The TU-154 is a three-engine. single- aisle aircraft that was a workhorse of Russian airlines such as Aeroflot for several decades.

The ASN said the plane first flew with the Soviet air force in 1983 but spent some time flying for airlines before returning to the Russian air force in March, 2005.

The network recorded 68 hull loss accidents involving the plane before the latest crash.