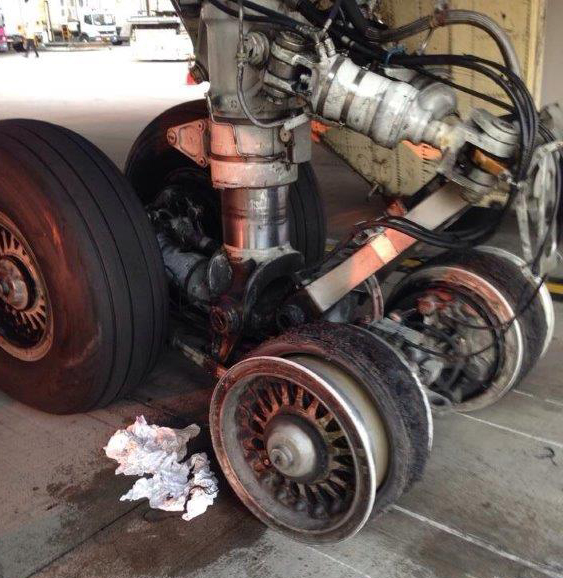 A United Airlines 747-400, flight 840, was forced to return to Sydney today after it blew several tires on take-off for Los Angeles.

Upon its return after dumping fuel it was stuck on the main north south runway causing major delays to other flights.

Sydney Airport released a statement saying passengers and crew on board the plane are in the process of returning to the terminal.

“This has caused delays to some international operations however all domestic flights are operating as scheduled,” the statement said.

“Passengers travelling internationally are advised to contact their individual airline to confirm their flight details.”

Pictures obtained by www.AirlineRatings.com show a number of tires were shredded.

The pilots needed to dump fuel to reduce the aircraft’s landing weight to 295 tons.