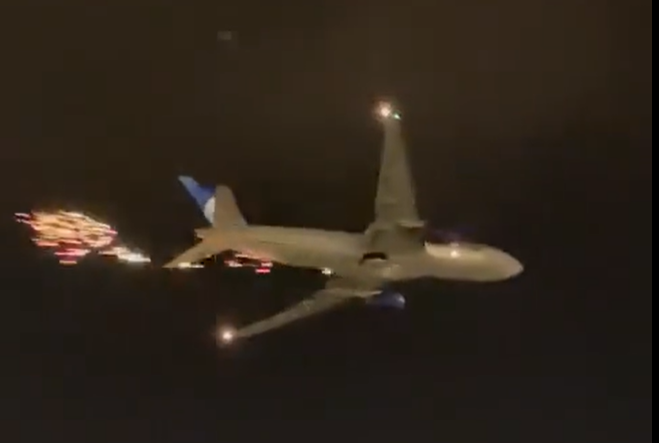 A United Airlines Boeing 777 has suffered damage on take-off from Newark Airport in the US with debris and sparks showing from the jet.

According to Aviation Herald the United Airlines 777-200, registration N787UA was performing flight UA-149 from Newark,NJ (USA) to Sao Paulo Guarulhos,SP (Brazil) with 279 people on board, was climbing out of Newark’s runway 22L when the tower advised there had been sparks coming off the left- hand engine (PW4090).

The United Airlines crew advised all indications were normal and continued the climb advising departure they were talking to maintenance to see whether they had any downloadable information, as the plane was flying fine.

After dumping fuel for about 30 minutes the crew requested direct to Newark, positioned for an ILS approach to runway 22L and advised they needed no assistance on the ground. The aircraft landed safely on runway 22L, vacated the runway and taxied to the apron.