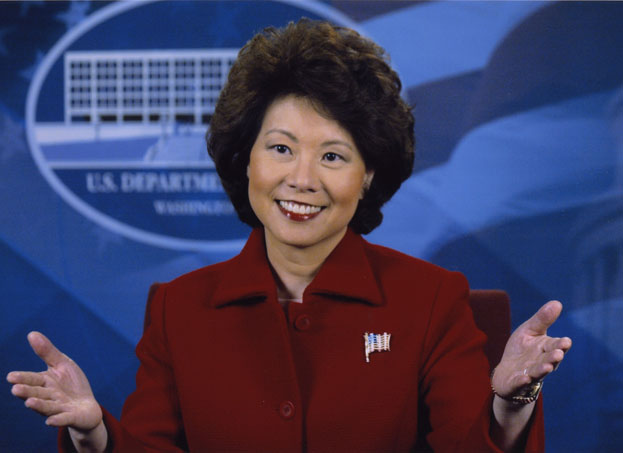 Whether airline change and baggage fees should be included in carriers’ advertised prices and moves to stop airlines “cherry-picking’’ performance data are among the issues the new Trump administration will need to address after it takes power later this month.

The Department of Transportation already has in the pipeline a series of proposed changes it says would travelling  fairer for consumers and likely to be opposed by a travel industry also hoping for existing measures to be rolled back.

The outgoing Obama administration fired one last broadside on the issue in the closing days of 2016 as part of a wider report on hidden fees and their impact on competition.

The DoT started a push last October to require refunds for delayed checked baggage and the release of final rules aimed at giving travellers more information by stopping airlines from cherry-picking data about their performance.

The new rules, which may not survive under incoming Transportation Secretary Elaine Chao, are also designed to prevent online ticketing agents from secretly "biasing" their offerings on behalf of certain airlines, protect travellers with disabilities and provide consumers with a clearer picture of baggage delivery.

The department said some carriers prevented online travel sites from listing certain sets of the airline’s fare and flight options. It would be looking into whether that kind of restriction was an unfair practice “which makes it harder for travellers to find the most affordable and convenient flights’’.

Other rules the DoT had planned to finalise in “coming months’’ included whether to require travel agents to adopt minimum customer service standards such as the right to cancel a reservation within 24 hours and receive a prompt refund.

Airline fees are already subject to US DoT rules requiring carriers and travel agents to advertise “the entire price to be paid by the customer to the carrier”, including taxes, fuel surcharges and facility charges.

But the December paper from the White House noted that what counted as the “the entire price’’ was an evolving question.

It also noted some fees were optional while others were mandatory fees charged for something that had been an important part of the good or service and which was hard to do without, such as a hotel towel.

It said baggage fees and those levied for changing travel arrangements operated in a grey zone between being truly mandatory and truly optional.

“Accounting for an estimated $US22.5 billion in revenue in 2015, change fees and baggage fees may be optional in a theoretical sense, yet in practice unavoidable for many passengers,’’ it said. “For this reason, the DOT is currently examining whether change and baggage fees should be included or disclosed by airlines in their advertised prices.’’

The report also looked at hidden fees in a variety of other industries such as car dealerships, universities, hotel resorts and entertainment.

It said “resort fees” now added to many hotel bills were growing at far faster rate than inflation and in 2015  accounted for 16.6 per cent of the revenue of the US industry, or $US2.04 billion.

Services fees added to ticket prices for concerts and sporting events added up to more than $US1.6 billion.

It said the fees were aimed at driving down the perceived price and luring consumers to make purchasing decisions based on misinformation.

“At their worst, such fees can be fraudulent or deceptive; at a minimum, they make prices unclear, hinder effective consumer decision making, and dull the competitive process,’’ the report said.