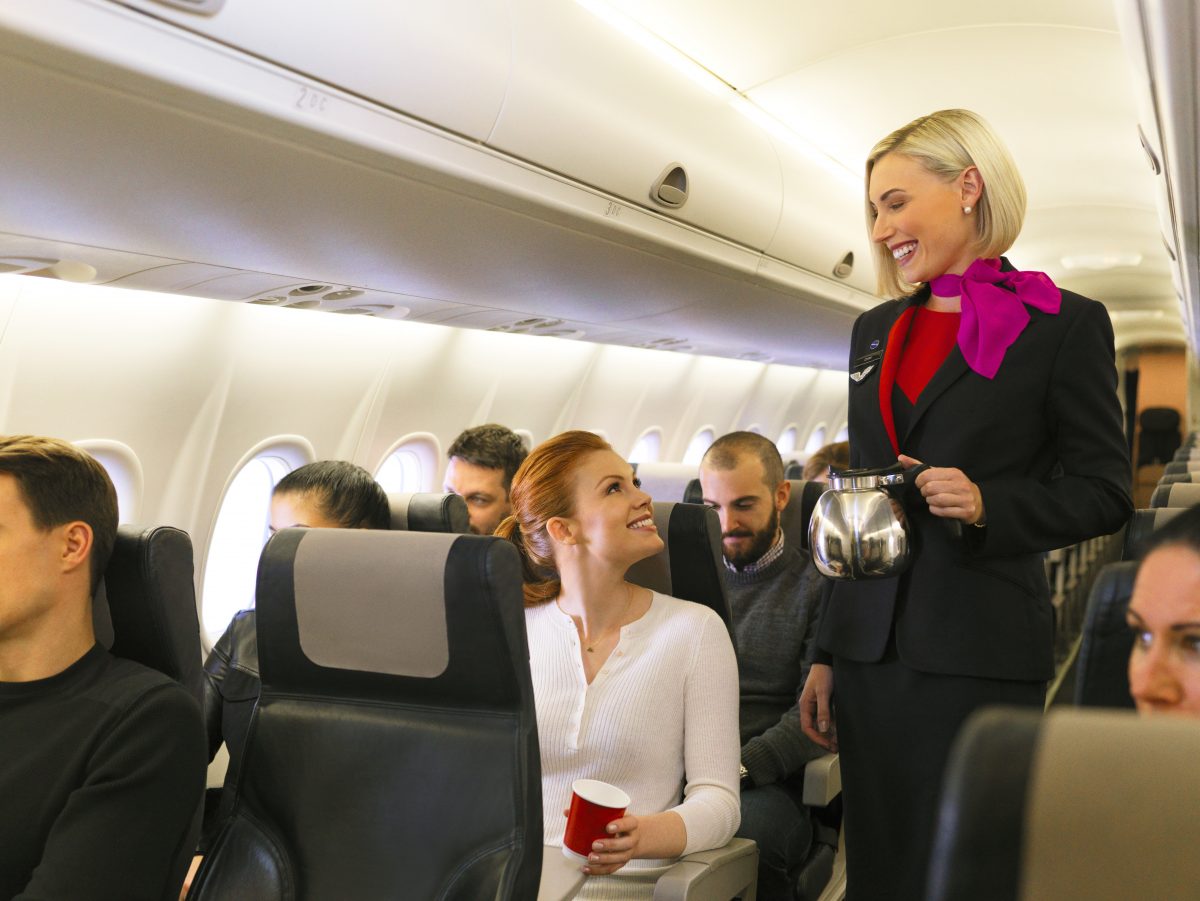 The world’s oldest continuously operating airline was in again a top-10 carrier, coming in at number three and narrowly losing a three-way battle for Airline of the Year with Singapore Airlines and Air New Zealand.

Qantas has remained true to the concept of a full-service airline on its domestic routes, offering all-in economy fares that cover checked luggage, blankets, food, entertainment and, on some flights, complimentary beer, and wine.

Food and beverages are sourced from local producers, and the airline focuses on fresh ingredients and modern food trends.

The flying kangaroo has all the entertainment bases covered. It has seat-back screens on many mainline flights, offers complimentary tablets on others and boasts an in-flight entertainment app as well as free high-speed wi-fi.

The airline offers lie-flat beds on its A330 fleet and provides a top-notch business class product on many weekday transcontinental services that rivals some international offerings. This includes plated meals and fine wines.

All this, backed by an impressive domestic lounge network, combined to make Qantas the world’s best domestic airline.

Aussies are spoilt for choice when it comes to airport lounges, and Qantas has worked hard to build up a preferred network.

One of its great strength, however, is an impressive domestic lounge network.

Qantas offers not just one flavor of domestic lounge but up to three, depending on the location: the invitation-only Chairman’s Lounge, business class lounges, and the famous Qantas Club.

The business lounges also offer signature food offerings such as gourmet pizzas in Perth, a Mexican cantina in Brisbane and a spice bar in Melbourne serving freshly made Asian dishes.

Nor has Qantas been sitting on its laurels: it has been undertaking a multi-million dollar lounge renovation program that has seen it upgrade or refresh 85 percent of its lounge network worldwide in the past five years.

This includes a recently-opened major upgrade to its domestic lounges at Melbourne Airport as well as upgrades in Sydney, Brisbane, Hobart, and Tamworth. It is also building a new First lounge and expanding its business lounge at Singapore Changi Airport.

Anybody who has watched a QantasLink crew scramble to distribute snacks, tea, coffee beer and wine on a 40-minute Canberra-Sydney flight knows they are seeing professionals in action.

A nice touch is a service that allows passengers to check cabin baggage at the door of the aircraft and pick it up at the same place at the end of the trip.

The airline operates Bombardier turboprops as well as Fokker 100  and Boeing 717 jets and flies to regional centers from Adelaide, Brisbane, Canberra, Darwin, Hobart, Melbourne, and Perth.

It also sponsors events and organizations in many regional communities.

Only airlines with a seven-star safety rating qualify for the award.