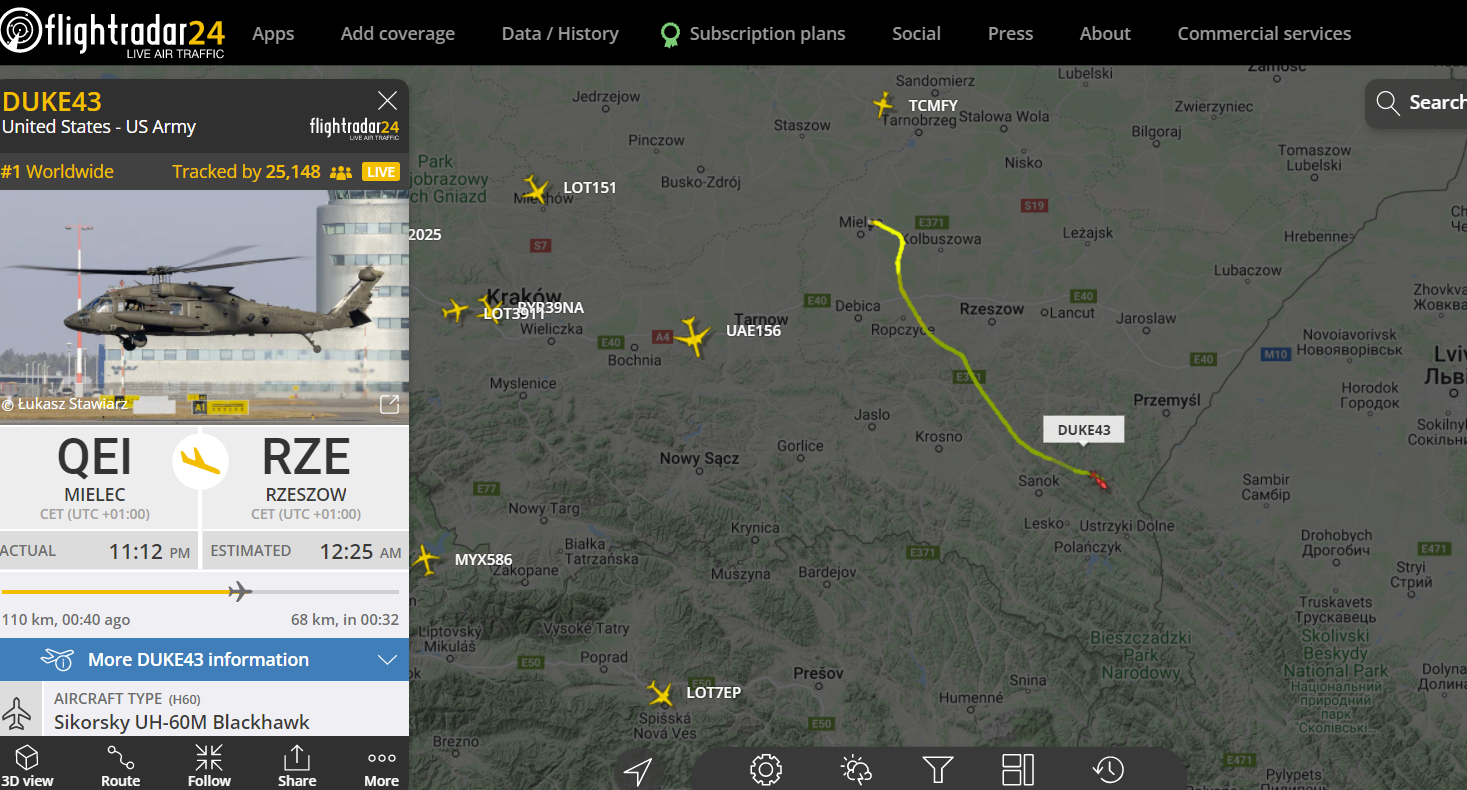 Thousands are using Flightradar 24 to track a US Army Blackhawk helicopter near the Ukrainian border.

The Blackhawk took off from Mielec in Poland at UTC 01.00 and has flight-planned to Rzeszow but instead has flown much further south, right up to the Ukrainian border.

It then turned north along the Ukrainian border.