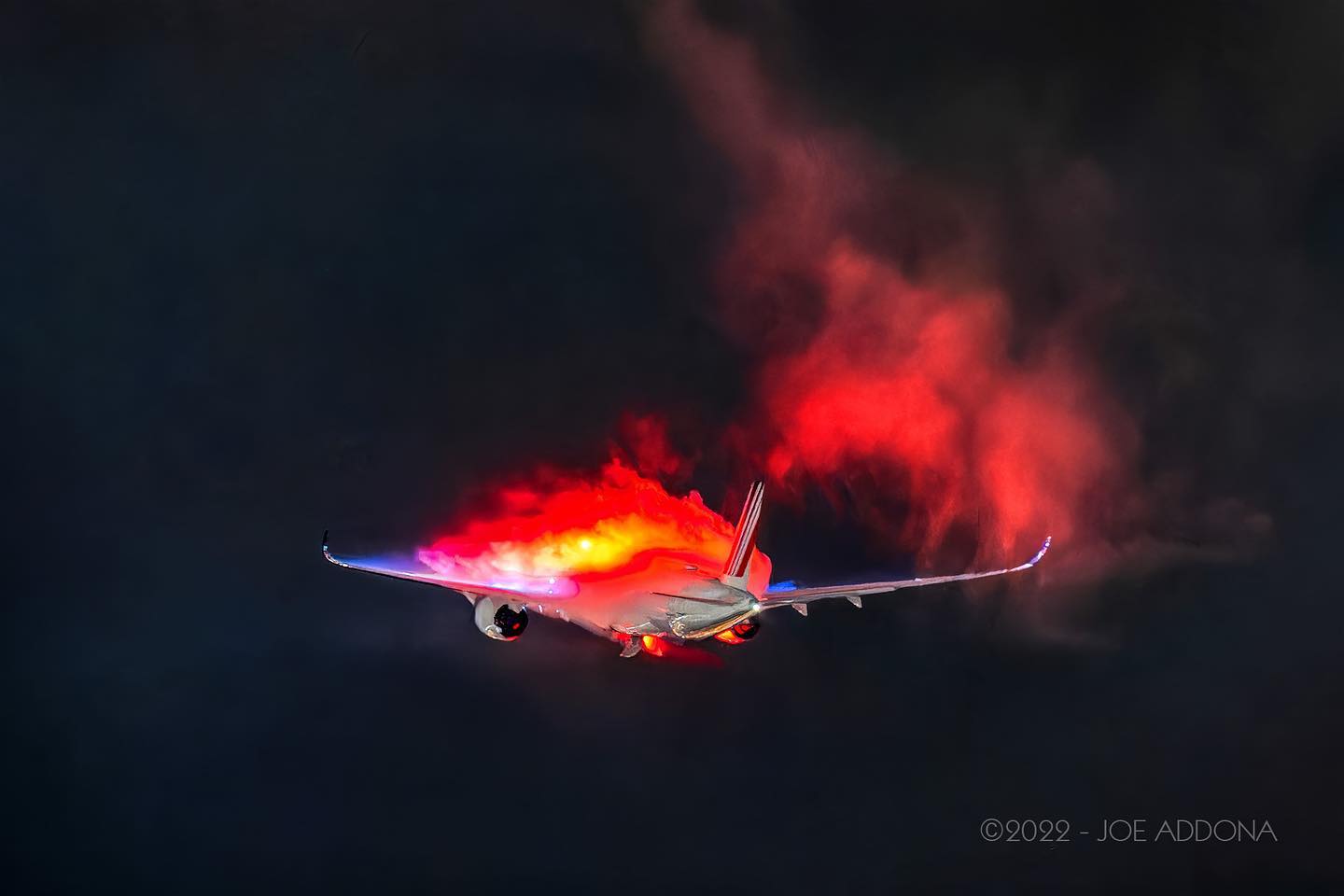 No, the plane is not on fire. This is what happens when an Airbus A350 bursts through low clouds and the beacon is on.

It is an Air France A350, F-HTYL, operating from Montreal to Paris.