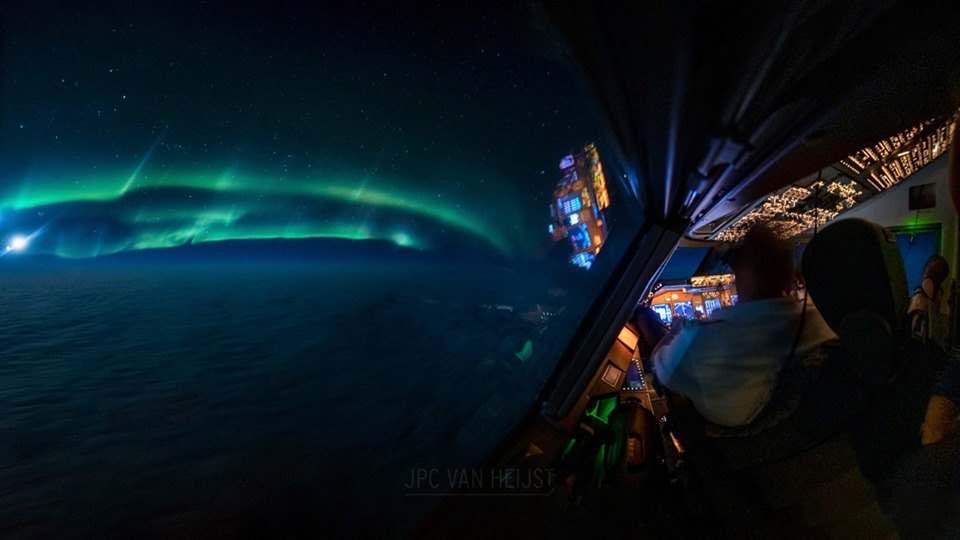 Boeing 747 pilot Christiaan van Heijst has captured this amazing photo of the Northern Lights and the moon.

READ: Virgin Australia’s daylight express across the Pacific is a winner.

“Northern lights and a bright moon over a cloud-covered Greenland.
Once the human eyes are adjusted to the lack of light, there is just so much to see outside the cockpit windows. Thousands of stars, meteors in all sorts of colors, aurora dancing vividly and the silver-blue light of the Moon casting shadows and depth on the cloudscapes for as far as the eyes can see. A serene and natural spectacle that is only visible for a handful of pilots this night.

Whenever I’m lucky to see the northern lights I wonder about the impressions and thoughts of the first human beings to witness them on their trek north. Fear? Awe? Curiosity? Or perhaps a mixture of all of them. Having no knowledge to explain their presence or nature, I can imagine the aurora must have been of divine origin to them; a manifestation of their old Gods and the new.