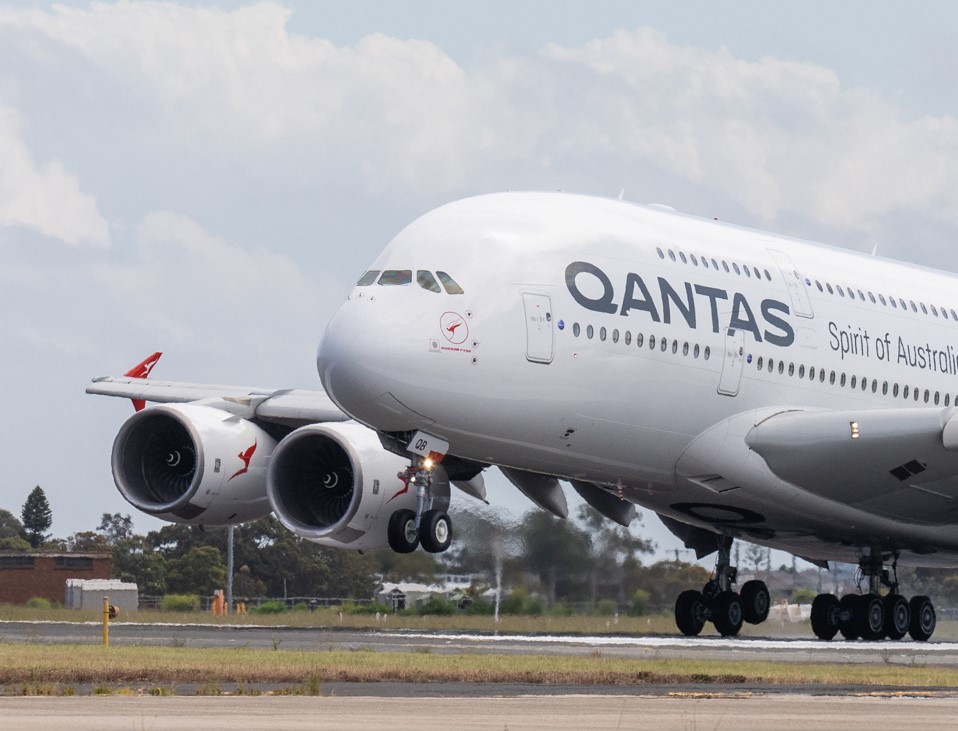 We have spectacular vision of the first Qantas A380 returning to Australia after 600 days of being in the Californian desert.

The Qantas A380 made a triumphant return today as VH-OJB spearheaded the return of Australian superjumbos with a landing in Sydney after a marathon flight of almost 19 hours from Dresden, Germany.

The superjumbo’s return began the process of putting five Qantas superjumbos with upgraded cabins back into service next year, well ahead of the original schedule of late 2023.

It also means the return of First Class for Qantas as the 485-seat plane is the airline’s only aircraft to still offer the premium option.

It was the first time the aircraft, called Hudson Fysh after one of the airline’s founders, had touched down in Australia since it left 593 days ago to go into long-term storage in the Californian desert.

READ: Airlines are nuts not to bring back A380s, says Emirates chief

The aircraft has been in Germany undergoing scheduled maintenance involving new landing gear and will be one of two A380s returning to service in April next year following strong demand in Australia for travel on key routes to Los Angeles and London.

The Flying Kangaroo plans to start service to Los Angeles in April and is accelerating the return of the A380s after bringing forward flights to London to next July and deciding to add a sixth aircraft before the end of next year.

Hudson Fish will undergo additional maintenance checks in Australia before taking to the skies again in the coming weeks as part of crew training.

“Many of our crew have found other jobs during the pandemic doing everything from working in vaccination hubs and hospital wards to driving buses and tractors, and painting houses,” said Qantas chief pilot Richard Tobiano.

“Over the next few months, pilots will undergo an extensive retraining period including simulator sessions, training flights and classroom courses to prepare for take-off.”

The six aircraft being returned to service next year feature the airline’s new premium upper deck, which includes a club-style lounge and new seats across business and premium economy. A main deck refresh includes new carpet and curtains.

The plan for the remaining four aircraft at this stage will see them return to service by early 2024 after being refitted with the new seats.