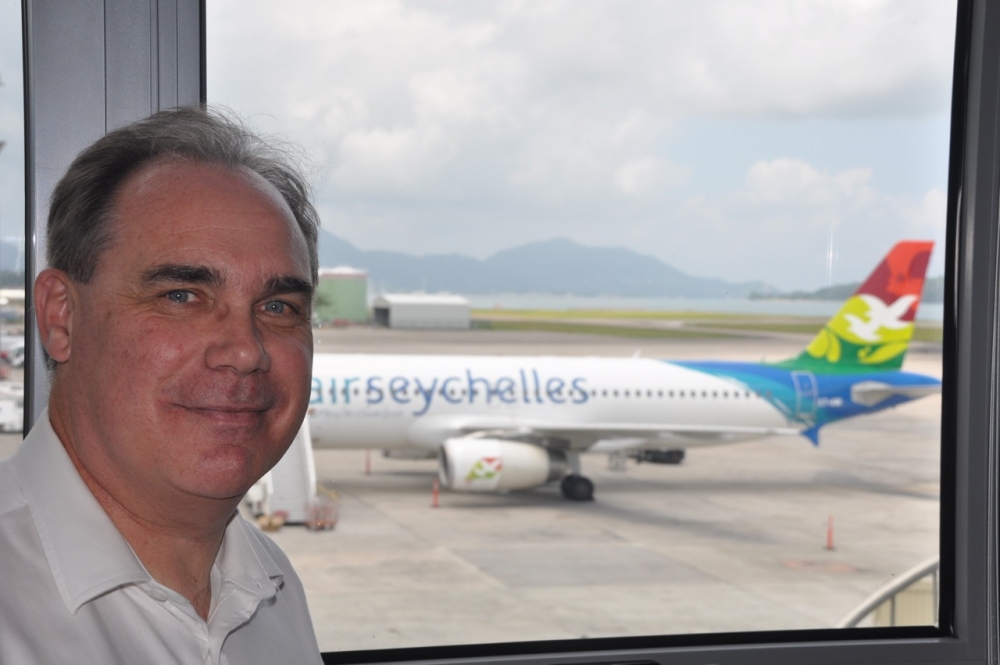 One of the world’s smallest intercontinental carriers, Air Seychelles, will kick off the northern summer schedule with an ambitious expansion to the German city of Dusseldorf and South Africa’s Durban.

The new long-haul route to Europe is a big leap and adds to three-weekly services to Paris Charles de Gaulle. It is made possible by the addition of the airline’s second A330 and comes after Air Seychelles axed its European services as recently as 2011 after prolonged losses.

This year is a watershed year for Air Seychelles,  a string of iIndian Ocean islands 1,500 kilometres (932 miles) east of mainland East Africa. This is illustrated by the fact it expects available seat kilometres (ASKs) to grow by more than 38 per cent in 2017, up from 16 per cent in 2016 and an impressive achievement for a small airline.

Despite a tourism boom that delivered 303,000 visitors in 2016 to a nation of just 93,000 inhabitants, it became evident the Seychelles could not depend on volatile foreign airlines for its most important source of income.

The booming tourism trade means an unusual number of airlines currently serve the international airport on the main island of Mahé.

Emirates alone lands twice daily from Dubai with Boeing 777-300ER jets, while Etihad and Qatar Airways, which unexpectedly withdrew services for three years and then restarted them, send smaller A319/A320s.

Others servicing the destination include Sri Lankan, Turkish Airlines and Ethiopian Airlines, while Austrian Airlines will start flying from Vienna in September.

The island airline was on the brink of collapse as recently as 2012 when the Seychelles government succeeded in convincing Etihad to buy 40 per cent of the airline’s shares for $US45m.  The synergies of the partnership as well as expertise, capital and aircraft from Abu Dhabi saved the mini airline.

Air Seychelles claims it has subsequently returned to profit, although the International Monetary Fund expressed doubts about this after the government, which holds 60 per cent of the airline, and Etihad injected further capital to cover operational losses.

The reinvigorated Air Seychelles was initially run by Australian Cramer Ball —  who went on to lead one of the most troubled of Etihad’s partner airlines, Alitalia  — and now Irishman Roy Kinnear, a financial expert, has taken the helm.

Kinnear views Air Seychelles as a complex operation — something that sounds paradoxical for an airline operating just four jets (two A320s and A330s each) plus six DHC-6-400 Viking Twin Otters.

But the small airline’s portfolio is unusual in that includes everything from ten-minute island hops to ten-hour,  long- haul missions and routes to destinations on three continents.

Its objective for 2017 is to become independent of government and Etihad subsidies in running the airline.

“Air Seychelles today is a self-sufficient, sustainably profitable airline with a structured development plan which allows us to grow both internationally and domestically,” Kinnear told AirlineRatings.

“There are three parts to our business: Long haul mostly for tourism, regional flights on routes like to Abu Dhabi, Mumbai, Johannesburg and now to Durban, and domestic traffic.”

A key improvement since the arrival of Etihad has been in terms of efficiency with staff numbers initially reduced from 750 to 550 before returning to 787 due to expansion. Working hours for cabin crew have been raised from 45-50 hours a month to about 80 hours and daily aircraft utilization from single digit figures to over ten hours.

Kinnear puts a lot of expectation on the Düsseldorf route "mostly because Etihad partner Air Berlin is feeding traffic to us from 16 cities”.

While Düsseldorf is mostly seen as a tourism route, Durban in South Africa is aimed mostly at transfer passengers.

Air Seychelles dreams of establishing a true Indian Ocean hub.  Although the current mini terminal is clearly not big enough for a bigger hub operation, there are lofty plans for a new terminal with financing and designs from Abu Dhabi. However, there is no concrete plan of action at this time.

Still, there is already significant transfer traffic through Mahé which,  according to Kinnear, is centred on connections between Mauritius and Mumbai. He expects Durban’s high ethnic Indian population to result in many transfer passengers to the subcontinent.

The second A330 will serve Mauritius and Mumbai, replacing A320s on some flights, and enabling an increase in Paris frequencies from three to four weekly. Another important regional destination for Air Seychelles is Antananarivo, capital of Madagascar.

While Kinnear talks about a “structured approach to Europe”,  however, he has already closed the chapter of Asia.

The airline's first flight to Beijing in February, 2016, was marked by big celebrations but ended earlier this year.

“This was a one-year contract with a Chinese tour operator at his risk,” Kinnear said of a trial in which the bookings apparently didn’t reach the expected numbers at a time of an economic downturn in China.  “At this point, regular services to Asia is not something I want for Air Seychelles. “Asia is not on our radar.”