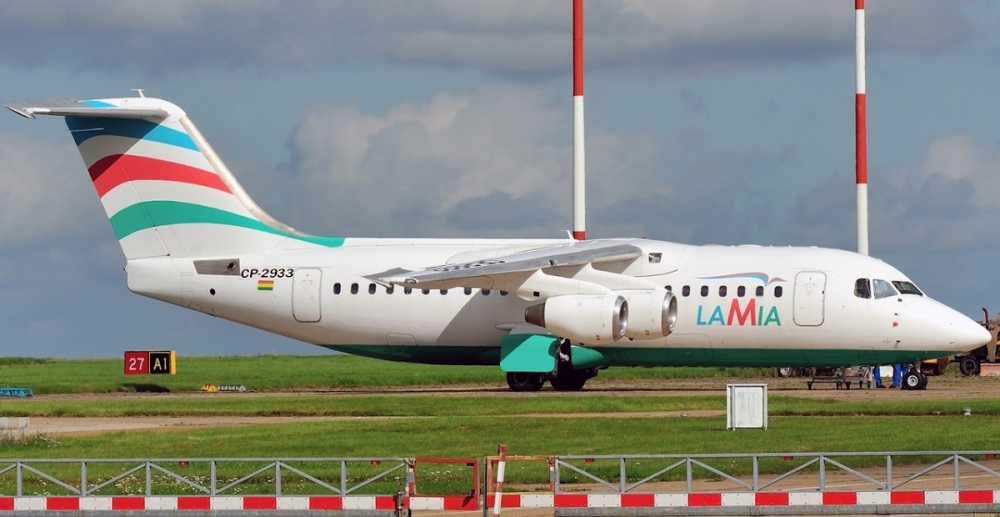 The investigation into a  Colombian plane crash that wiped out a football team has taken a sensational new turn with the claims the pilot-in-command did not spend enough hours training to satisfy the requirements for a commercial pilot’s licence.

The November 29 crash near the Colombian city of Medellin of the LaMia charter flight killed 71 people, including most members of the Brazilian soccer team Chapecoense.

The British Aerospace Avro RJ85, travelling from Santa Cruz in Bolivia,  appears to have run out of fuel as it tried to land at Medellin after making the trip without a usual fuel stop and as it approached the edge of its range.

The situation became critical after the LaMIa aircraft was placed in a holding pattern after another plane with a technical problem was given priority to land.

Final transmissions from the plane included a desperate plea for landing instructions accompanied by a warning of an electrical failure and a lack of fuel.

Bolivian authorities have accused the small airline of disregarding rules on fuel reserves, suspended its license and arrested its manager. It has also replaced the management of its aviation authority, saying it needs to ensure a transparent investigation.

Reports have now emerged from Bolivian news agency ABI and Agence France-Presse that the pilot in charge did not have enough hours to qualify as a commercial pilot.

"We have been able to demonstrate that pilot Miguel Quiroga had not completed the training hours required" to fly commercially, ABI quoted Omar Duran, attorney for the family of copilot Fernando Goytia, as saying. Both pilots were killed in the crash.

"Apparently in 2013, some falsified information was relayed and despite the fact authorities verify that (Quiroga) did not have the flight hours required he got his license," in Bolivia.

Duran  also disclosed that the co- pilot was aware of the deficiency but did not tell authorities to protect the airline’s reputation.

According to the latest International Civil Aviation Organsiation audit,  Bolivia is below the world average in five of the eight audit categories, including licensing. The other categories in which it falls short are: legislation, organisation, airworthiness, and air navigation services. It is above the world average in aerodromes,  operations and accident investigation.

The startling news came after a footballer who survived the crash s revealed he had changed seats at the last minute at the bidding of a team-mate.

Reuters reported that Chapecoense full-back Alan Ruschel was sitting near the back of the plane when club director Cadu Gaucho asked him to move to let journalists sit together.

"I didn't want to but then I saw (goalkeeper Jackson) Follman and he insisted that I sit beside him," Ruschel said. "Only God can explain why I survived the accident. He grabbed me and gave me a second chance."

Follman also survived but had part of his leg amputated.

Ruschel said he did not remember anything about the accident and it had seemed like a nightmare when he was told about it.

“Little by little they've been telling me what happened and I'm starting to understand,’’ he said. “I try not to speak of the accident, I avoid the news, but from the little I've seen I think it was greed on the pilot's part."