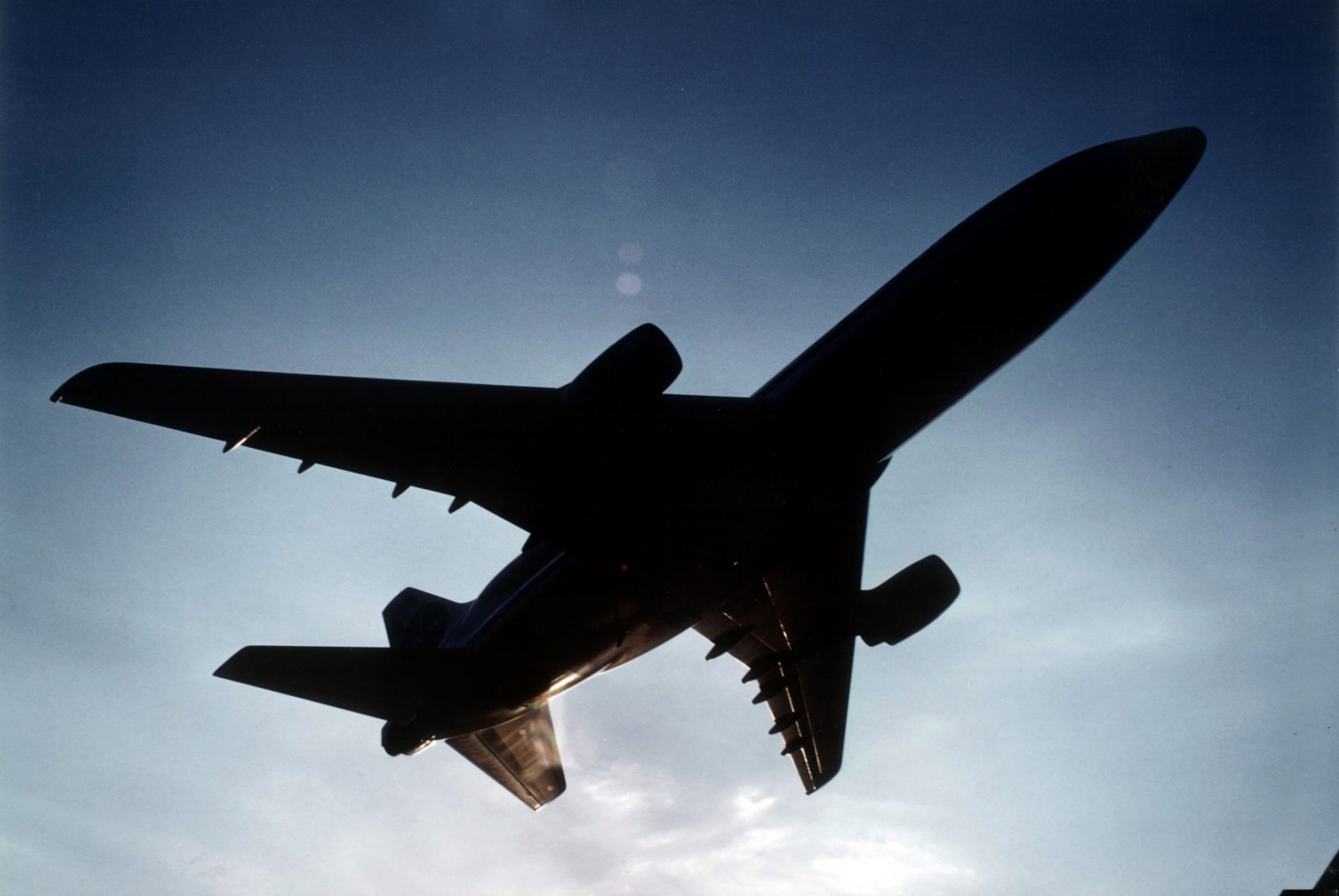 Boeing 747 pilot Christiaan van Heijst recalls what would have been a catastrophic and terrifying close call with a Lockheed L-1011 jumbo jet over the Sahara Desert when he was first flying commercial aircraft 16 years ago.

Christiaan takes up the story…

My first job as a pilot, sixteen years ago was flying the 50-seat Fokker 50 turboprop for a wet-lease airline. Sent to all the shady corners of the world to fly for contractors and airlines in dire need of airplanes and pilots.

A local airline crashed some of their own airplanes so they asked us to help them with their operation. Fresh out of high- and flight-school, thrown in the right seat (co-pilot seat) of a small airliner and catapulted into deep dark Africa.

Be careful of many things, you’re kind of insured in case you die, be careful of this & that, in case of a military coup go to this airport and hey; good luck. Oh and if you manage to sell the airplane somewhere for at least this amount, please go ahead! The perks of flying for an employer that’s constantly in dire straits.

Subscribe to the weekly “Back Story” for the real story!

Two years of unbelievable tales followed, most of them left untold forever, alive in the memories of those fortunate enough to experience them. Adventures of a lifetime!

One of my first night flights over the deep dark Sahara was back to the volatile capital after a full day of flying. Only sporadic and far in between lights from the ground, the unbelievable starfield above, and the totally new joy of night flights for an impressionable young pilot.

Air Traffic Control in Africa is generally not up to western standards: radar coverage absent or unserviceable, GPS navigation unreliable, and radio frequencies either overloaded or totally unreadable.

Overworked and barely trained controllers do their best to accommodate all the known traffic in their vast airspace with limited knowledge of English language or procedures. Let’s just say they do their best.

“Air Sahara two-two-four, radial 010, five-zero DME from November Kilo Charlie, Flight Level two-two-zero.” A position report to keep the local controller informed about our position. Lacking radar or any sort of equipment, I imagine they plot our position on a chart with airplane models using our bearing and distance from various radio beacons, using worn-out greasy threads over an outdated map of Africa. Measuring our distances and radials from the handful of operating beacons in this continent we tell them through our radio sets.

Some other planes talk over the same frequency, mostly upper airspace, covering a country the size of France. The stars look so beautiful… I gaze out in awe and silence. This is what I imagined being a pilot: a naked exposure to a true night sky. Life is great.

Huh…. what was that other pilot saying just there for his position report? Sounded awfully like our own radial and distance? I repeat our location over the frequency and it’s confirmed: other traffic is not a factor. The other airplane is not replying either, though I’m sure they must have heard me. Let’s keep a sharp lookout on the radio and navigation display.

There’s an uncomfortable itch though: nothing shows up on TCAS, our Traffic Collision Avoidance System, but I was quite sure the other pilot reported a rather similar position. “Other traffic calling, confirm your position? We are radial two-two-four, four-five DME, Flight level two-two-zero, inbound.” No reply. Silence.

Not one single plane showing up anywhere around us on the TCAS display. I guess I misunderstood his call and I notice my captain is getting slightly annoyed.

His inexperienced young copilot is trying to show off by being too eager over traffic and the radio. He knows best, I might just be too impatient I guess, but something doesn’t feel right.

The other pilot on the radio had a strange local accent and English is not exactly at a high level among these latitudes. Nothing is reliable out here in Africa. I’m gradually getting used to it. I’ll listen out to their next position report. The stars so, so beautiful over the Sahara at night.

Wait.. what’s that?! I spot something out of my left peripheral. I turn my head and I’m lost for words instantly, unable to even grasp a breath.

A dark shadow moving across the stars out there, a row of cabin-lights, a physically rotary red beacon light. The features of an enormous airliner in the pitch dark night, descending through our altitude literally just next to us. I can even see the individual passengers through its cabin windows.

I open my mouth, but the only sound coming out is barely recognizable even for myself ‘… there….’ is the barely intelligible thing I manage to produce while I point my finger at his window. At the same time, my captain noticed the same intruder passing through our flight path. Within moments, the large cabin-lights-filled shadow passed across our nose and left a violent wake turbulence for us to ride.

We missed each other by a few dozen meters, at most. Barely two seconds passed between noticing them and a disaster unfolding. A strange chill curls up my spine.

The pilots of that relic L-1011 jumbo never noticed us, neither did our passengers, nor theirs most likely. Just two Dutch pilots being first-row near-witnesses to a horrible and catastrophic fireball above the endless Sahara.

Later investigation revealed our TCAS system was operating normally, indicating the antique and locally operated L-1011 must have had their TCAS system switched off or simply malfunctioning.

Dodging a bullet in flight, quite literally. This Is Africa.

“Nothing to worry sweet, just some turbulence.” came the strangely reassuring answer from my pale captain, hiding in the dark shadows of our cockpit.

She returned to her passengers and focussed on the details of her catering. There is no need in telling her.

“You mind?” my captain states, without waiting for an answer, lighting his cigarette and inhaling deeply.

The glowing orange tip of both his lighter and cigarette give a sense of warm cosy comfort and welcome security to the dark cockpit among the dim cockpit instruments. I don’t smoke, but no I don’t mind at all right now.

My right angle shakes uncontrollably like it always does when I’ve brushed death by seconds or centimeters. It’s familiar by now. I’d almost wished I smoked, though I could use a fucking drink.

Over three hundred people just brushed a sudden death, unseen and unknown except for two Dutch pilots evading it by fractions of a second, somewhere over deep dark Africa.
Reports were filed, papers filled out and nothing changed.

(Please note that the images provided are not related to the flight as described.)