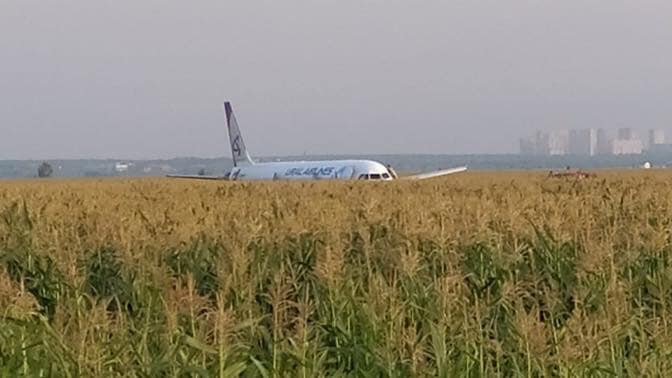 The pilots of a Ural Airlines Airbus A321 are being hailed as heroes after they brought their aircraft with its 241 passengers and crew to rest in a cornfield after it suffered a multi bird strike.

The A321 was operating flight U6178 from Moscow Zhukovsky Airport to Simferopol.

After take-off, the A321 sustained numerous bird strikes to its engines which quit and the landing was made near the village of Rybaki, which is 5 km from the runway at Moscow-Zhukovsky Airport.

The plane performing flight #U6178 with 234 people on board, including seven crew members, took off from the airport of Zhukovsky in the Moscow region and was bound for the Crimean city of Simferopol.

All passengers were promptly evacuated with only 10 suffering minor injuries.