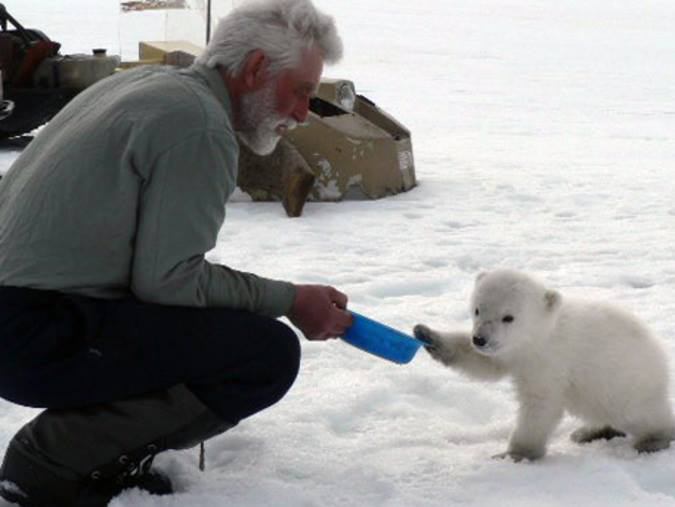 This is not your typical passenger story, nor is it one we would normally write about, but when we saw it we just had to share.

The crew of a Russian Mi-26 military helicopter saved a baby polar bear from starving to death in the Arctic, after the young bear became separated from its mother.

The Mi-26 was carrying out a routine transport flight in the Arctic zone, delivering goods, when one of the crew spotted a lone polar bear cub wandering along the Chukotka shore.  The crew carried out several sweeps of the area, but there was no trace of the cub’s mother. The decision was therefore taken to pick up the polar bear cub.

The crew landed the Mi-26 and fanned out in search of the polar bear cub. When they found it, it was exhausted and showed no sign of aggression, in fact, it moved toward them. After giving it some warm food, the helicopter crew took it on board.

The crew said the cub was calm during the flight, wandered around inside the helicopter, looked around, and made friends with the people who rescued it. They named it Umka, after a well-known Russian cartoon about a young polar bear Umka who was particularly curious about its surroundings. After landing, the crew contacted environmental protection authorities and handed the cub over to them. The Mi-26 crew helped support the population of this endangered species, registered in Russia’s Red Book of species under threat. The young polar bear is now in a wildlife reserve on Wrangel Island.