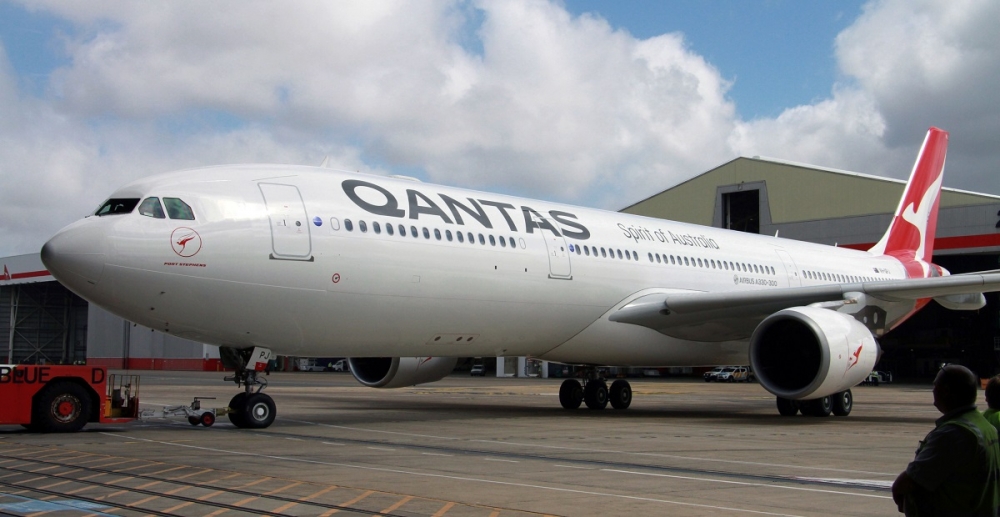 A reimagined roo, a funky font and a tip of the hat to times past.

Qantas unveiled a new livery and a makeover of the iconic flying kangaroo today to herald the arrival of its newest aircraft, the Boeing 787-9 Dreamliner.

The fifth update of the flying kangaroo since its introduction in 1944 sees a more streamlined marsupial without the hooked front legs and with silver shading to give it a three dimensional feel.  It was designed by long-time Qantas collaborator Marc Newson in collaboration with Australian design agency The Houston Group.

It is accompanied by a new slimmer font for the fuselage branding with a windswept look as well as a giant Qantas sign on the belly that can be seen as aircraft fly overhead.

Underneath the cockpit, in a nod to the airline’s long heritage, is the famous winged Kangaroo that graced aircraft tails for over three decades.

Qantas last update its kangaroo logo in 2007 to coincide with the delivery of the Airbus A380 superjumbo and chief executive Alan Joyce said a review of the airline’s history had shown it had been updated each time it introduced a game-changing aircraft.

Mr Joyce said the new livery would be added as aircraft come up for repainting, typically every seven to 10 years. Twenty-eight aircraft in an earlier scheme would be the first to repainted and the 787s would be delivered in the new scheme from the factory.

“The idea is to do this for very minimal cost and the idea is to get it is all done by 2020, the centenary of Qantas,’’ he said.

The Qantas boss said the requirements for a logo and brand had changed because of the advent of social media and the new branding was more versatile and vibrant.