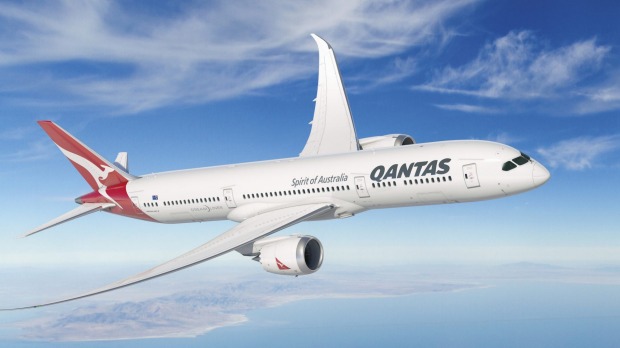 Qantas will anounce later this year if its first route for its new 787-9s will be London to Perth, Western Australia.

Other candidate routes are Melbourne to Dallas and Sydney to Chicago.

And the airline is also gearing up for the operational side of the 787-9 with the announcement Monday that it will install a $23 million flight simulator in Sydney.

This will be the second 787 simulator for the group, which already has one in Melbourne for Jetstar’s smaller 787-8 aircraft.

The full-service carrier plans to hire an additional 170 pilots for its fleet of 787-9s, which will start arriving next October it has indicated will be kitted out with premium seating and will be used to open new routes.

The eight B787-9s will progressively replace five of its older Boeing 747s on Qantas International routes, leaving it with six younger, reconfigured jumbos.

However the initial 787s will open new routes so the airline may keep the older 747s somewhat longer than expected.

Four of the 787-9s will arrive in financial year 2018 and four will in fiscal 2019. The carrier also has 15 further options and 30 purchase rights for additional B787s in a flexible arrangement that gives it a range of delivery options.

The 787-9 is the first new aircraft to enter the Qantas fleet since the Airbus A380 superjumbo in 2008. Qantas chief executive Alan Joyce recently reiterated the airline’s stance that it would not exercise its option  to take an additional eight A380s and would keep its fleet of superjumbos at 12.

The new facility will be used for both new and recurrent training on the 787-9. It takes an experienced captain on an existing Boeing plane about 44 hours in the simulator to transition to the new aircraft

“Our flight training centre operates 24 hours a day, seven days a week and is overseen by a dedicated team of trainers and check captains who help ensure that Qantas pilots are among the best in the world,’’ Mr Joyce said

“And from the end of next year, the centre will be used to train a new generation of Qantas pilots on the next generation aircraft.”

Pilots will be trained in Melbourne until the Sydney facility is operational and the airline also will be able to use Boeing facilities.

Separately, the group is in discussions with engine manufacturer General Electric about a problem which prompted pilots to shut down an engine on one of Jetstar’s  787s.

A plane travelling between Australia’s Gold Coast was forced to divert to Guam on Sunday and make a priority landing in the US territory after a warning indicating an oil pressure issue.

The 320 passengers on flight JQ12 were housed in Guam while another plane was sent to pick them up.