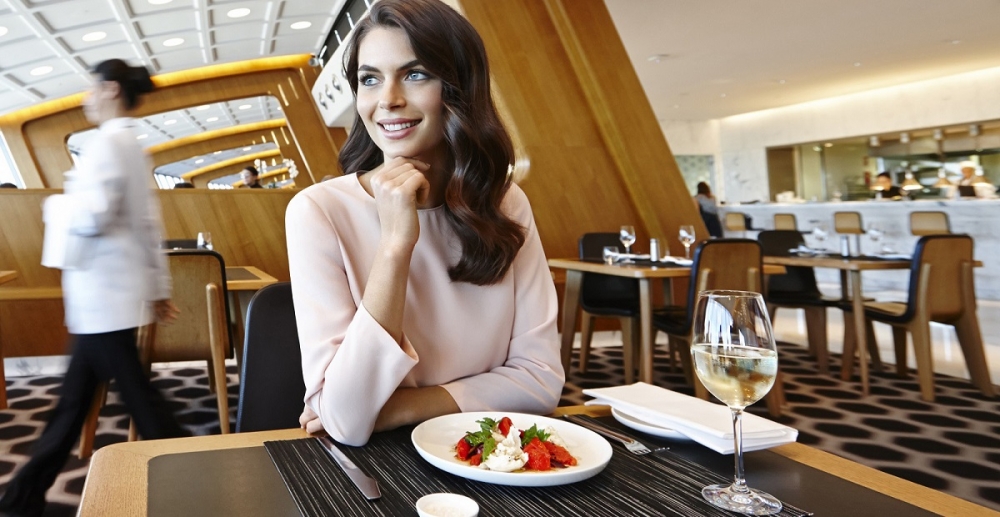 Australia’s major airline Qantas, which is the world oldest continuously operating and most experienced airline* is a big winner in the 2017 AirlineRatings.com Airline Excellence Awards.

The airline picked up Best Catering, Best Lounges, Best Domestic Service and was named 2nd in the AirlineRatings.com Top Ten.

AirlineRatings.com promotes excellence and innovation in the airline industry and the pinnacle of these efforts is its Airline Excellence Awards.

Qantas for the third-year running won this important category on the back of the airline’s domestic offering which is the world’s best. Its commitment not only to premium dining, but to economy travel which makes up over 90 per cent of passengers is well ahead of the pack.

On international flights the airline has introduced an unprecedented four choices of main meal for economy passengers, a doubling in the size of meals, and the ability to order online ahead of the flight.

According to AirlineRatings.com Editor-In-Chief Geoffrey Thomas “Qantas’s catering commitment to both its domestic and international passengers is industry leading.”

Another win for Qantas with its lounges an Australian air travel institution while its overseas lounges are also an industry benchmark.

Qantas Lounges not only provide complimentary food and beverages the airline was a leader in installing showers. Importantly the airline’s lounges have robust broadband internet access that can handle demand – something lacking in many other airline’s lounges. “The Qantas Lounge is the place to be for the savvy traveler,” said Mr Thomas.

In an era where domestic offerings are becoming leaner Qantas’s domestic in-flight product is a global standout and in many cases, matches or exceeds international service.

“There is little doubt Australians are the world’s most spoilt passengers with full meal service on all flights across its network,” said Mr Thomas.

Qantas offers complimentary beer and wine between capital cities after 4pm on weekdays and on transcontinental flights from lunch time daily.

The airline has recently completed the rollout of its lie-flat beds on its A330 fleet which perform most of the transcontinental services.

For the yearly ranking the editors of AirlineRatings.com, some of the most experienced and awarded, combine four major international industry and government audits, with another nine key criteria that include: fleet age, passenger review ratings, profitability, investment rating and key product offerings to arrive at a ranking.

“We are looking for leadership, airlines that innovate to make a real difference to the passenger experience particularly in economy class,” said Geoffrey Thomas AirlineRatings.com Editor-in-Chief.

This year Qantas jumped from 4th to 2nd on the strength of a rise in customer satisfaction and the airline’s dramatic financial turnaround.

Its customer approval rating is at an all-time high and it continues to innovate with lie-flat beds on all its A330s that operate domestic and regional international flights.