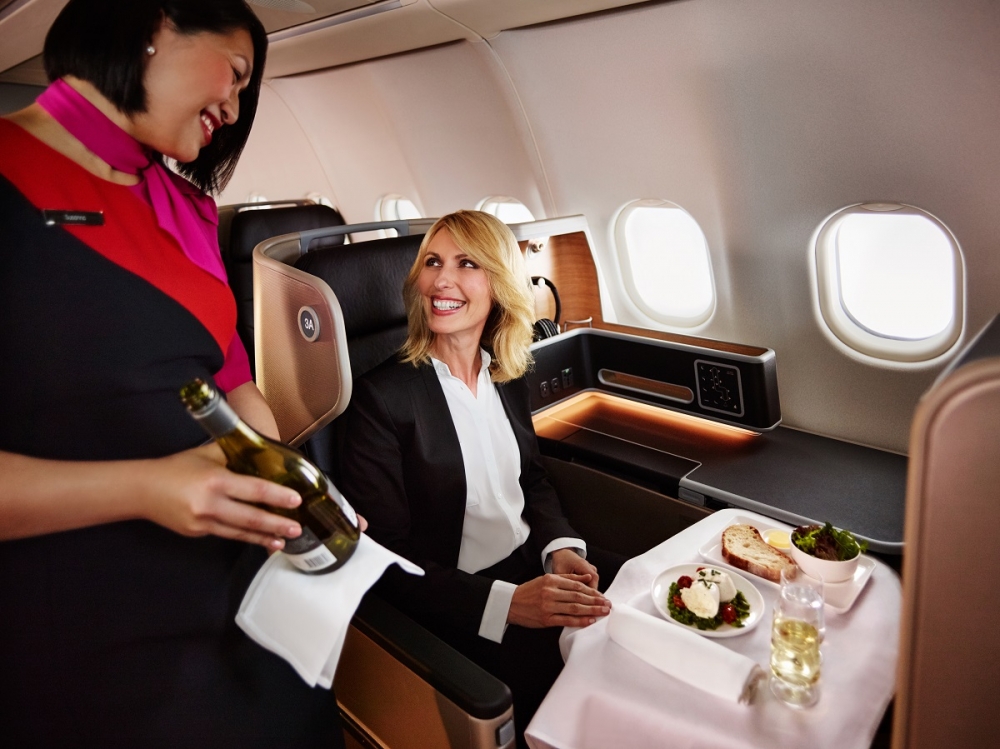 Booze and noise-canceling headphones are among the strategies Qantas passengers are using to help them snooze and combat jetlag during increasingly long journeys on the Australian carrier.

Researchers at the University of Sydney’s Charles Perkins Centre have been looking at the ways passengers are trying to beat jetlag in order to find scientifically-based methods for reducing fatigue nad jetlag on long flights.

The study looked at 500 passengers aged more than 18 years on flights from nine to 17 hours and aims to establish a baseline to help researchers design new in-flight strategies to promote inflight well being.

Qantas says it will use the findings to inform future service and product design aimed at increasing traveler health and comfort.

The preliminary findings were released ahead of Qantas’ first Project Sunrise research flight, which will fly non-stop from New York to Sydney.

The initial study findings showed 54 per cent of people surveyed used earplugs or noise-canceling headsets to help them sleep on long haul flights.

The researchers found more than half of travelers used earplugs or noise-canceling headphones to help them sleep, while 38 percent drank alcohol and 10 percent took sleeping pills.

Almost 40 percent chose healthy food at their destination to help with their recovery less than half made a conscious effort to follow a proven way to beat jetlag and head out in the sunlight on arrival.

Sleep researcher Yu Sun  Bin said the study showed most people were not doing what was most effective to reduce jetlag.

“We know that going outdoors for sunlight at the destination is one of the most important strategies for syncing the body clock, but only 47 percent of passengers made the effort to do it,” she said.

“Drinking more than a few glasses of alcohol will make jetlag worse. It might make us fall asleep faster but beyond a certain point, it also disrupts the quality of sleep and causes dehydration.”

Qantas has already implemented some strategies on its ultra-long-haul Perth-London flights, including light therapy in the Perth transit lounge and areas that provide exposure to natural light.

It is now looking at the next phase of research with studies on 50 passengers and crew on non-stop Boeing 787-9 test flights from New York and London to Sydney.

The first 19.5-hour flight from New York on October 18 will see the subjects fitted with wearable devices and follow a specially designed, sleep, food and beverage and physical movement schedule.

Wearable devices will track movement and light exposure, complete an iPad test similar to “Whack a Mole” will gauge reaction time and attention.