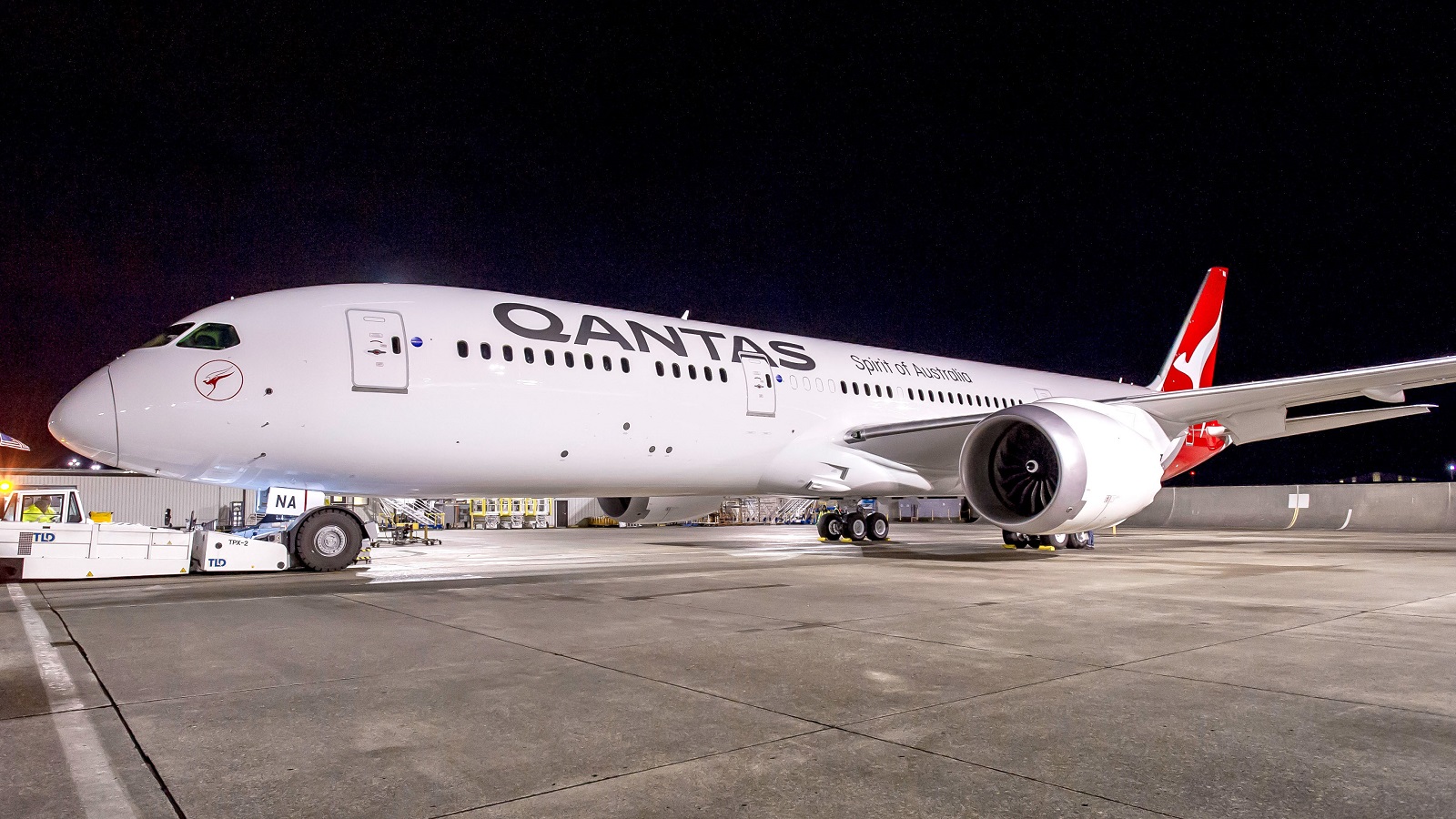 Qantas Flt 7879 nonstop from New York to Sydney has lifted off from John F Kennedy Airport at 9.27 pm local time.

The factor fresh Boeing 787, VH-ZNI, “Kookaburra” is due into Sydney Australia after the 19-hour flight at 7.29 am local time on Sunday.

The test flight – the first of three – is designed to monitor the reaction of pilots, cabin crew and passengers for the airline’s Project Sunrise.

Project Sunrise proposes an operation and aircraft that will carry 300 passengers non-stop from New York to Sydney and Melbourne and also from those two cities non-stop to London.

Qantas’s US partner American Airlines is assisting with the flight and have advised the crew of good weather over the US.

It is expected that the 787 will burn 95,000kgs on the flight and is carrying 101,000 kgs, with the difference made up for with taxi and hold and diversion contingencies.

Distance between New York and Sydney is 16,200 kilometres. This compares to a travel time of 22 hours and 20 minutes on the current New York to Sydney via Los Angeles flight.