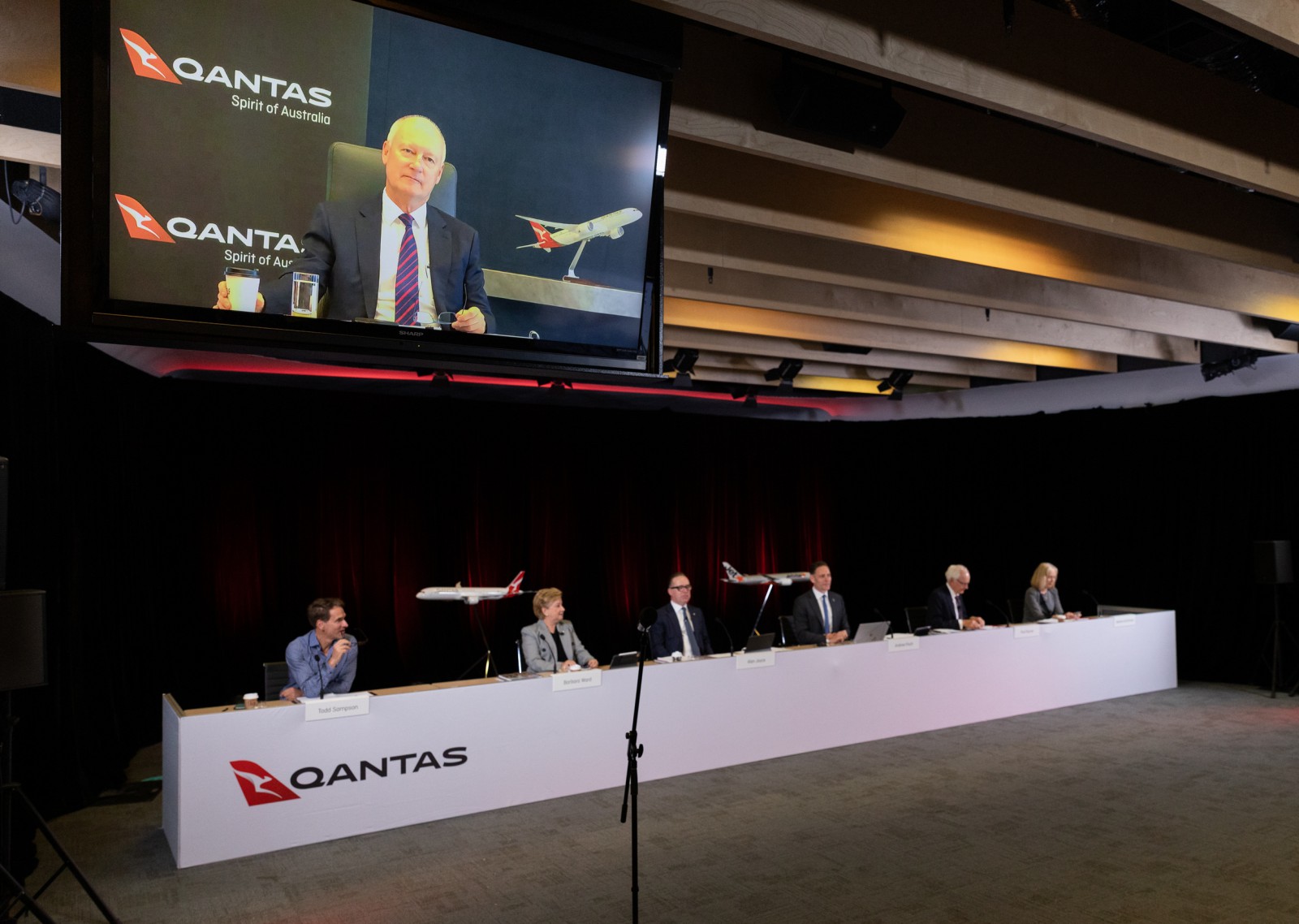 Qantas is set to take off according to chairman Richard Goyder despite enduring a terrible 18 months where the airline only had 30 days without travel restrictions with one of the only bright spots the resources sector flying in WA.

Those restrictions meant that total passenger numbers were down by over 70 percent compared with pre-COVID Mr. Goyder to shareholders at the company’s annual general meeting in Sydney today.

“The financial impact of this has been clear. In August, we posted a statutory loss before tax of A$2.35 billion for the 2021 financial year – which follows a loss of A$2.7 billion the year before,” Mr. Goyder said.

“The news has been much better in the past few weeks, as lockdowns end, borders start opening and our people prepare to come back to work.

“But it’s fair to say the trading conditions for the first half of this financial year have been terrible.

“In total, it’s likely COVID will have cost us more than $20 billion in revenue by the end of this calendar year.

“It’s a staggering number – and it’s remarkable that the business has managed to deal with this as well as it has,” Mr. Goyder said.

Mr. Goyder added that while the airline still had significant state border and quarantine impediments to navigate through it feels like we are coming to the end of a long and difficult road, thanks to the success of the vaccine roll-out.

“What’s key for shareholders to know is that Qantas is a structurally different company coming out of the pandemic than we were going in.

“We are on track to deliver $1 billion of transformation by FY23, with $850 million realized by the end of this financial year.”

Qantas will give a trading update in December but Mr. Goyder said that the board is confident “in our levels of liquidity, even more so with forward bookings flowing through.”

Mr. Goyder added that the “confidence is reflected by the market and the fact we’ve been trading at a 10-year high market capitalization, even before most of our planes were back in the sky.”

Going forward one of the airline’s top priorities is sustainability and accelerating our emissions reduction Mr. Goyder told shareholders.

“In 2019, the Qantas Group was only the second airline in the world to commit to a net-zero emissions target by 2050,” Mr. Goyder said.

There are four pillars that support our net-zero target according to Mr. Goyder.

The first is working with governments and other businesses to create a sustainable aviation fuel industry in this country, offsetting emissions by investing in high-quality projects, ongoing work to reduce fuel burn, including through smarter flight planning, and embracing new, low emission technology as it becomes available.

But Mr. Goyder cautioned that electric or hydrogen-powered aircraft are decades away from being a practical alternative – especially given the distances we face in Australia.

“That’s a key reason why sustainable aviation fuels will be so important as are more efficient aircraft that offer a step-change in emissions, Mr. Goyder said.

“With our long haul fleet, we’ve already made big strides in the past year by retiring our 747s and introducing more fuel-efficient 787s.

Mr. Goyder said that the airline was now close to deciding on up to 100 new medium to short-haul aircraft that cut fuel used by 15 percent over the existing fleet.

“Discussions with Airbus, Boeing, and Embraer are well advanced, and we expect to decide on preferred aircraft by the end of this calendar year,” Mr. Goyder said.

He added that these “next-generation aircraft have the range and economics to reshape Qantas’s network with more direct routes between cities and towns.”

And in great news for the airline’s long-suffering staff, Mr. Goyder said that the board sees “no need for further large-scale job cuts.”

“In fact, we expect to be recruiting again in operational areas as we scale up for a return to flying.”

“It was not a foregone conclusion that Qantas would survive this pandemic.

“Had action not been taken very quickly, and had the recovery program not been put in place, the conversation here today could have been very different.

“The fact the Group has come through as well as it has is a huge credit to them. When we announced our recovery program, Alan confirmed he would stay on as CEO for at least another three years – so, through to late 2023 and possibly beyond.

The Board is comfortable that we are well placed for renewal, when that time comes, particularly with the talent and experience we have on our Group Management Committee.